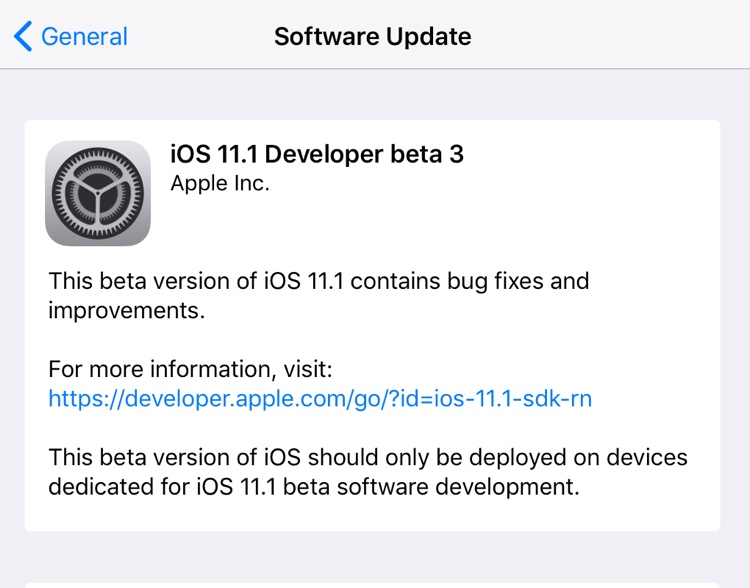 The beta 3 does not bring any major changes to iOS 11 however with previous betas of iOS 11.1 Apple has introduced new hundreds of new emoji and for iPhone users added back the 3D Touch gesture for accessing the App Switcher screen.

Along side iOS 11.1 beta 3 for developers, Apple has also seeded the third betas for watchOS 4.1 and tvOS 11.1. The watchOS 4.1 update is also minor, however it does bring new features like a Wi-Fi toggle for the Control Center and ability to display current Wi-Fi network name in the Control Center.