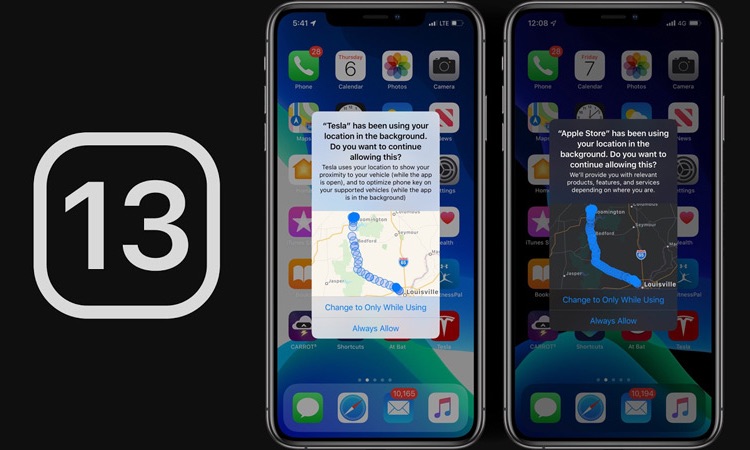 The decrease comes as a result of how iOS 13 manages location data and gives users more control over which apps can track their location while running in the background. For example, iOS 13 now periodically tells the user that an app is tracking his or her location and gives users the option to turn the feature off. iOS 13 also gives user the option to only allow an app access to their location data once, instead of giving the app continuous access. This way the app can only track user’s location while it is being actively used and not while it is running in the background.

In addition to Apple changing the way iOS apps can track location in iOS 13, Google has also made similar changes in Android 10, as now the operating system also enables users to choose to share location with an app through the ‘only while in use’ setting.

The report goes in detail about how marketers plan on countering the falling rate of location data available to them from smartphone users. Now it is reported that they are looking to turn to IP addresses for tracking a user’s location, however that is going to provide far less accurate data when compared with direct location tracking through smartphone’s GPS.

Another factor that will make the life of marketers even harder is the increasing use of VPN services by users, as users can completely hide their location and other identifiable data while pretending to be in entirely different state or country.

You can read the full report here.