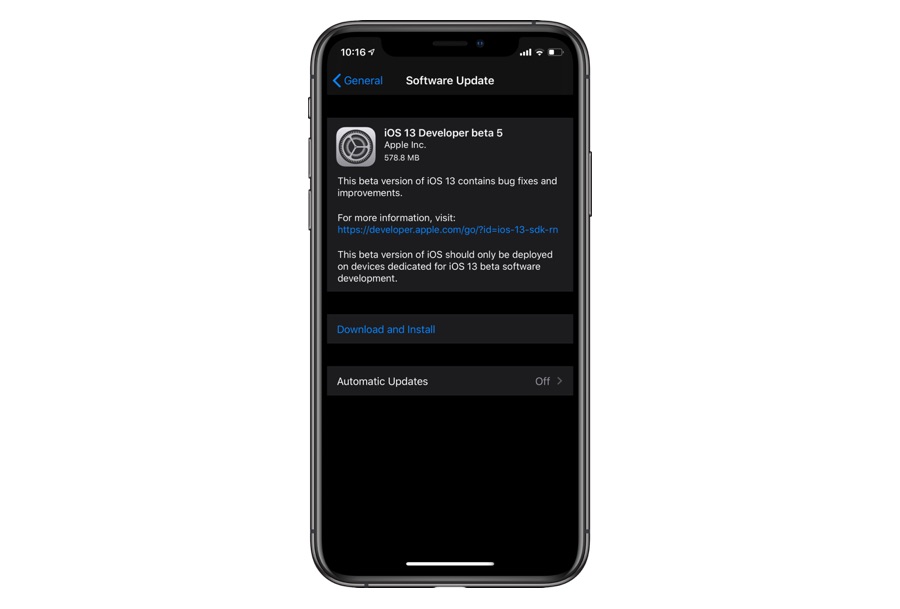 According to Apple’s description for the beta release, it contains bug fixes and improvements, however we will be looking for any other changes and update this post once any visual changes are discovered.

iOS 13 developer beta program started on June 4th, right after Apple’s WWDC keynote. Apple is expected to release several more betas for iOS 13 before the software update is finally released for public in the fall. In addition to iOS 13 developer beta, Apple is also running iOS 13 Public beta, enabling non-developers to try out iOS 13 features and help in fixing bugs before its big release.

In addition to iOS 13 and iPadOS 13, beta for for tvOS is also available for download. macOS Catalina Beta 5 and watchOS beta 5 have yet to be released.