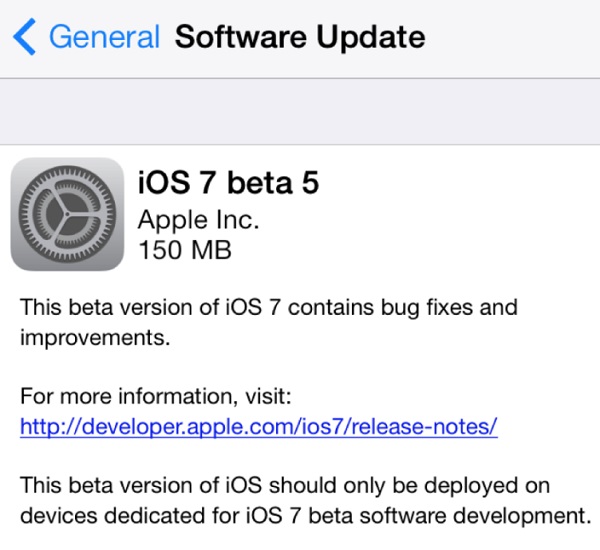 After more than a week of previous beta’s release Apple has today seeded iOS 7 beta 5 to its community of registered developers. Just like Beta 4 this one also brings several changes to the design and adds many improvements to the mobile operating system. The update has been released for all supported models of iPhone, iPad and iPod touch and is available through OTA. Along with iOS 7 beta 5 Apple has also released new Xcode 5 preview to developers.

Here are some of the most notable changes iOS 7 beta 5 brings to iOS 7.

Apple has added new icons in the settings.app replacing the simpler blue ones.

Apple has added a new option that will allow users to disable the Control Center feature while they are in apps. This is a particularly useful option as the Control Center could be disturbing for users while playing games or using gesture heavy apps. 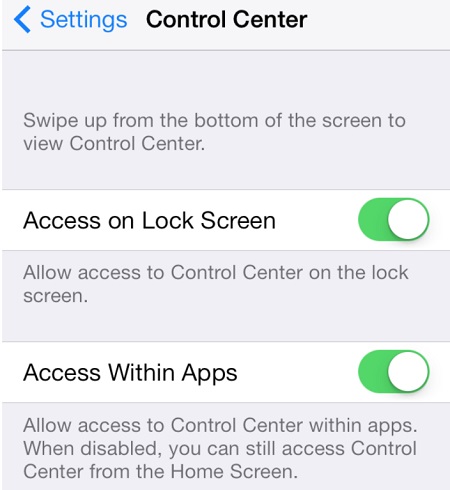 Continuing the trend of improving iOS 7 visually Apple has also changed how power slider looks. In the previous beta it changed the way incoming call buttons used to look.

Other changes added in iOS 7 beta 5 include: