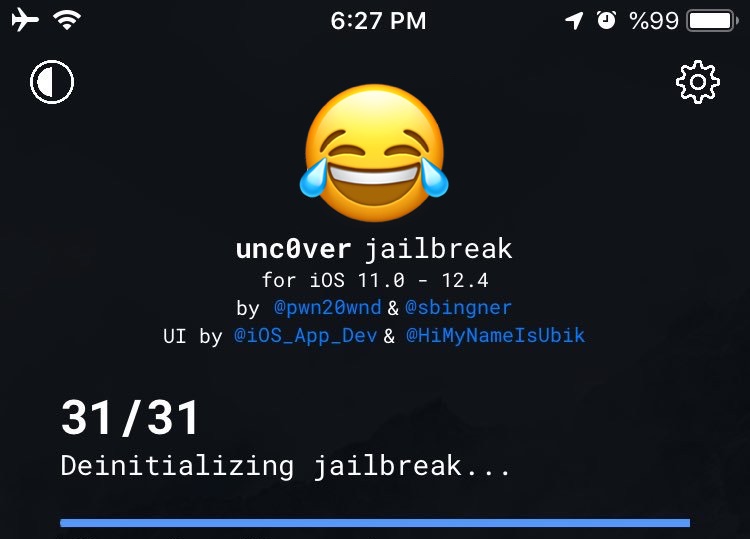 Although all iOS jailbreaks have been the result of zero day exploits left in iOS by Apple’s software team, the unexpected release of iOS 12.4 has been the result of an outright blunder by Apple. iOS 12.4 uses the same sock_port and sock_puppet exploits used in iOS 12.1.2 jailbreak. However the reason jailbreak developers were not able to update their jailbreak tools for iOS versions released after iOS 12.1.2 is because Apple had closed the exploits used in its jailbreak, thus preventing jailbreak developers from creating a jailbreak for iOS 12.1.3 – iOS 12.3.

However yesterday something strange happened, as jailbreak user and YouTuber Ahmed Aldeab approached various jailbreak developers notifying them that sock_port exploit has started working in iOS 12.4 again and they should look into it. At first these experts dismissed his claim and understandably so, as we regularly see trolls claiming they have jailbroken a certain iOS version only to end up as nothing but disappointment.

However this time the claim was different and it became apparent that Aldeab was onto something. Soon the hackers realized Apple had committed a colossal blunder and has unintentionally re-opened a previously closed and publicized exploit, which then paved the way for an iOS 12.4 jailbreak.

Congratulations @Apple — You played yourself.

After jailbreak’s release prominent jailbreak hackers such as Jake James and GeoSn0w took it to Twitter in order to apologize to Ahmed Aldeab and to recognize his efforts, which resulted in achievement of iOS 12.4 jailbreak.

Apologies to @AldeabAhmed for calling him fake, he's the one that discovered sock_port was working on 12.4. Apple really went drunk

A first for Apple

This is the first time that Apple has committed a mistake of this proportion and re-introduced a jailbreak bug that it had closed in an earlier iOS version, knowing that if discovered it will lead to hackers jailbreaking iOS 12.4.

Regardless of this being a mistake both jailbreak developers behind unc0ver jailbreak tool and jailbreak fans are pretty excited about this development largely because this is the first jailbreak in a long time that supports the latest iOS version, a version that is still being pushed and signed by Apple.

If you are interested in jailbreaking your iPhone, iPad or iPod touch then head over to our unc0ver guide for iOS 12.4 jailbreak for step by step instructions.