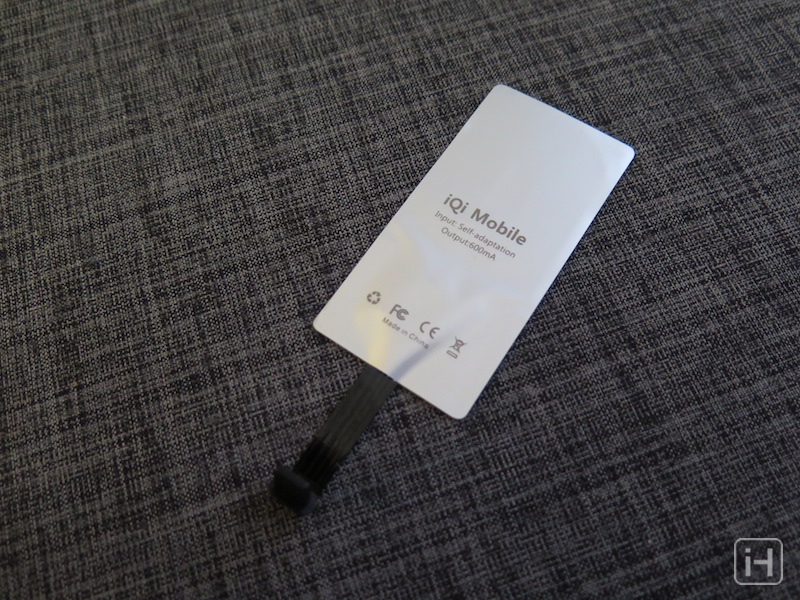 Rather than being a full case for your phone, FoneSalesman’s iQi Mobile is a patch that you can have in-between your phone and a case of your choice. It’s remarkably thin, and you should be able to fit it into the majority of iPhone cases, as long as it’s under 2mm and non-metallic. It worked great with my Apple Leather case. 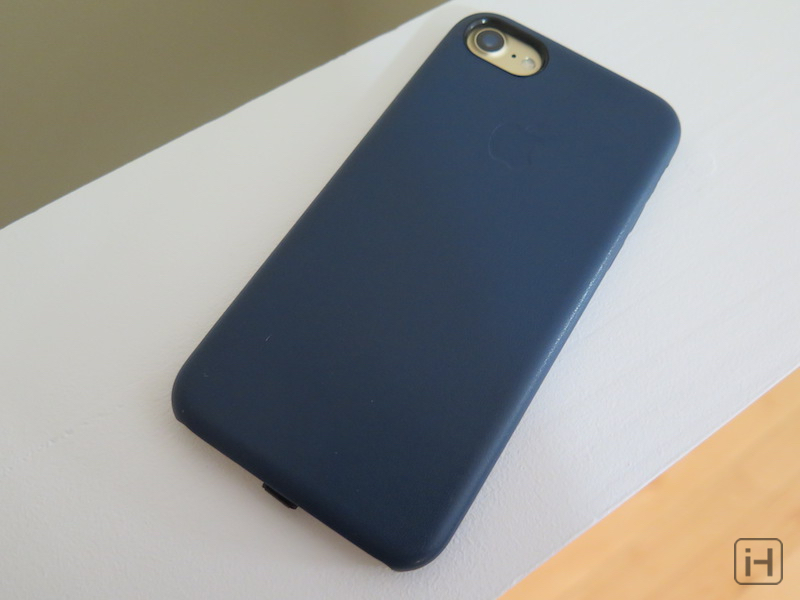 You can barely see it, but it’s there!

FoneSalesman also sells a “QiStone+”, which is a 4000mAh battery bank. It can charge Qi devices wirelessly, and even the QiStone+ itself can be charged wirelessly. During our testing with the iQi Mobile, we used the QiStone+ to charge it. 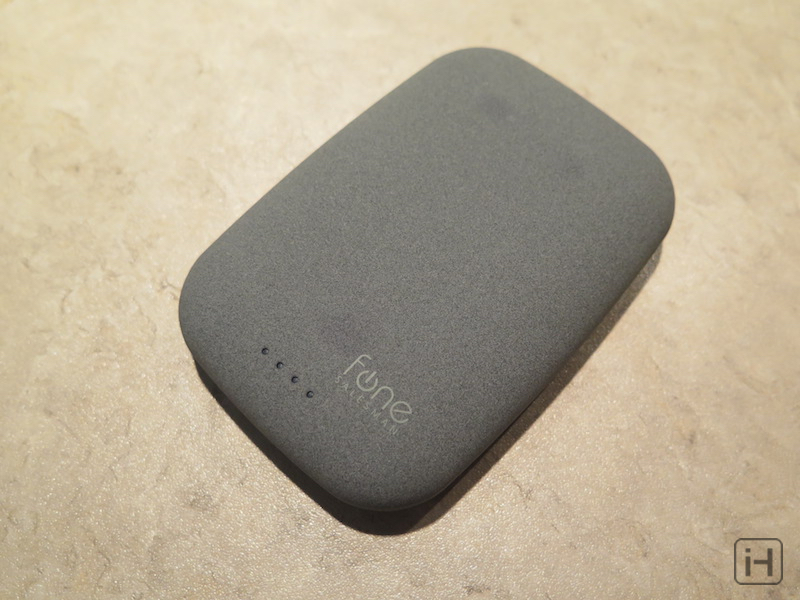 The first time you use the iQi Mobile, it seems like magic. Without plugging anything in, your phone starts charging. All you had to do was lay in on a charging surface. I find the term “wireless charging” a little deceiving, in the fact that your phone still needs to be on top of the charging puck for it to charge. You can’t just walk around your house with your phone in your pocket and have it charge. No, rather, I think a more proper name for this technology would be “inductive charging.” So, is the fact that it’s not truly wireless make the iQi Mobile an useless gadget? Hardly!

It is super convenient to have charging available so quickly and easily. I found my battery was more fuller at the end of the day simply because there was hardly any inconveniences in charging it. I don’t need to unplug it when I want to quickly respond to a message or look something up. I could just simply lift it from it’s base, perform the action on my phone, and simply rest it back down. It’s such a handy feature, and I can see why most flagship phones have it built in. One downside of the tech is that is fairly precise about where the phone needs to be. It needs to be fairly centred, but it can be angled; the phone doesn’t need to be perfectly straight. Still, you might want to wait for you phone to play a confirmation sound before leaving if you’re going to leave it to charge overnight. And if you’re wondering if the iQi Mobile affects the iPhone 7 waterproofing, don’t worry: Fonesalesman says it doesn’t.

Moving on to the QiStone+, it’s seemly small while packing in a huge 4000mAh battery. For comparison, the iPhone 7 Plus hosts a 2900mAh battery. This is definitely the most unique battery bank I have ever seen. It’s key feature is being a perfect companion to any phone equipped with wireless charging. It can charge a device wirelessly, simply by placing your phone on top of the QiStone+. Take note that it does not suspend the device magnetically: you’re not going to be able to hold the QiStone upside down or upright and have your phone stick to it. 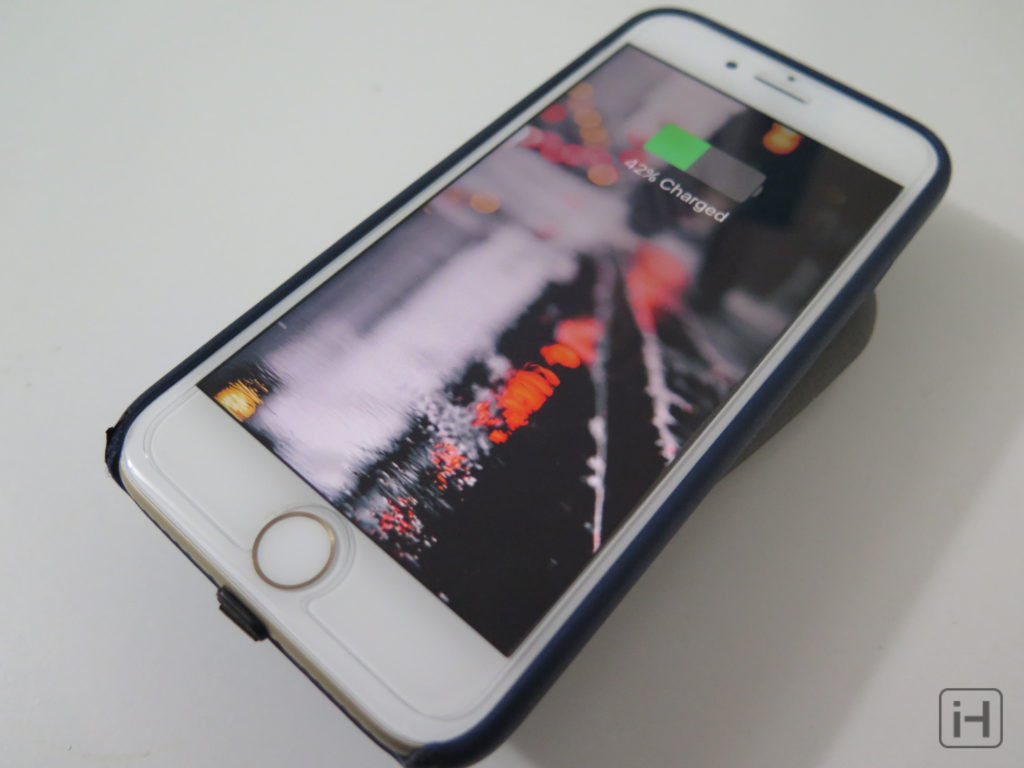 One of the more interesting things about the QiStone+ is that it can be charged wirelessly as well. Theoretically, you could charge a QiStone+ from another QiStone+! You can use the QiStone+ to it’s full potential without ever plugging anything into it! If you want to go old school, there is an USB port where you can charge any normal USB powered device. You can use this in conjunction with the wireless charging to charge 2 devices at the same time. 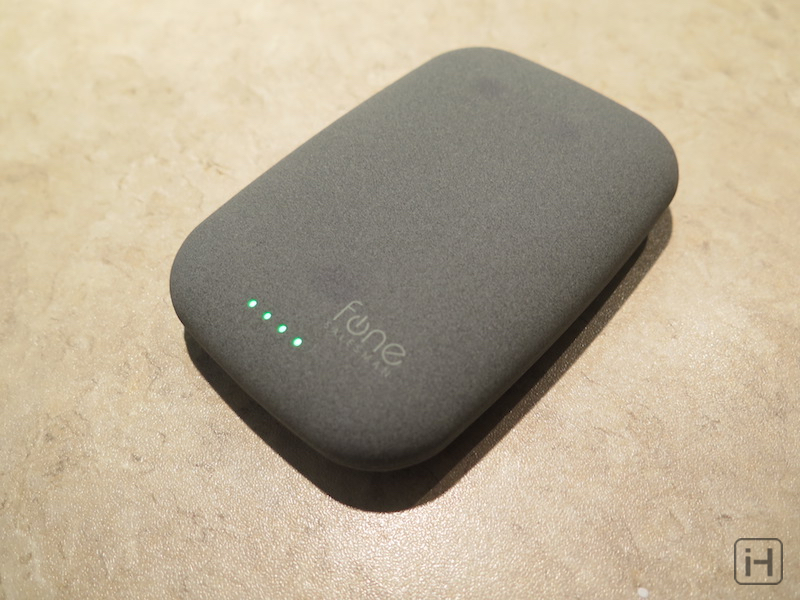 The surface of the QiStone+ is smooth, but it looks textured. The Fonesalesman logo is actually a touch capacitive button, a feature that I love. Tapping it lights up the four green LEDs on the front, each representing an increment of 25%. There is also a blue LED on the side to indicate when the QiStone+ is charging a device. The only real gripe I have about the QiStone+ is the sound it makes. First off, it’s not an elegant sound by any means; it sounds like my microwave. Second, whenever you charge a device wirelessly, it plays the sound. So if you pick up you phone to respond to a message, then put it back down, it’s going to play the sound again. It gets annoying rather quickly. Third, the QiStone+ automatically stops charging a device once it gets to 100% to preserve battery. However, once it falls back to 99%, it will start to charge it again. This means it is constantly playing the beeping sound every time your battery reaches 99%. There’s also no way to turn it off. Because of this, you might not want to use this as a dock, and you definitely won’t want to use this to charge your phone beside your bed. The phone already plays a sound when it starts charging, so I don’t see any reason to have another confirmation. The QiStone+ will beep constantly if it’s not charging correctly, but this is more understandable, since your phone wouldn’t give you any confirmation if the charger wasn’t positioned correctly. 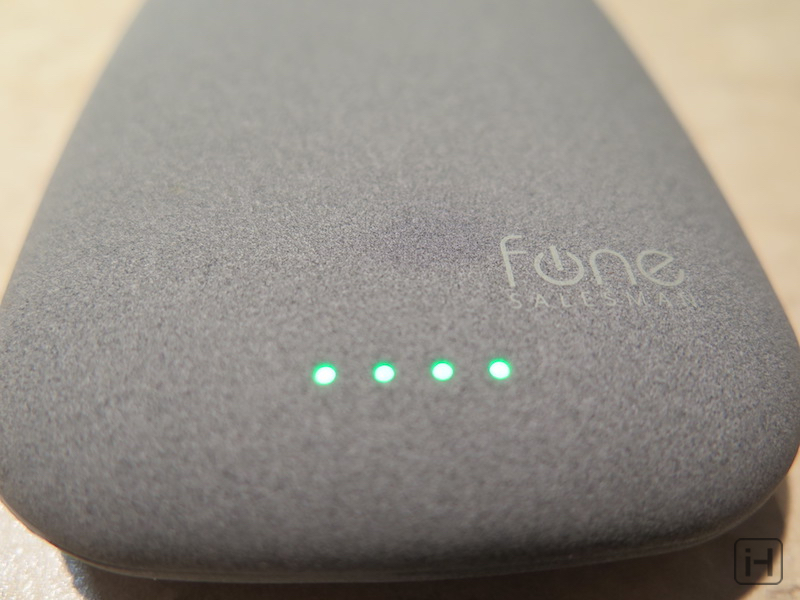 One more thing to keep in mind is that you won’t be able to charge your phone with a standard Lightning cable with the iQi Mobile inserted. If you are out and about and need to borrow a charger, you are going to need to remove it. It will be up to you to decide how often you would use wireless charging compared to wired. Personally, I think this makes a great companion for the Apple TV remote, since you probably don’t plug anything else into it besides a charging cord. 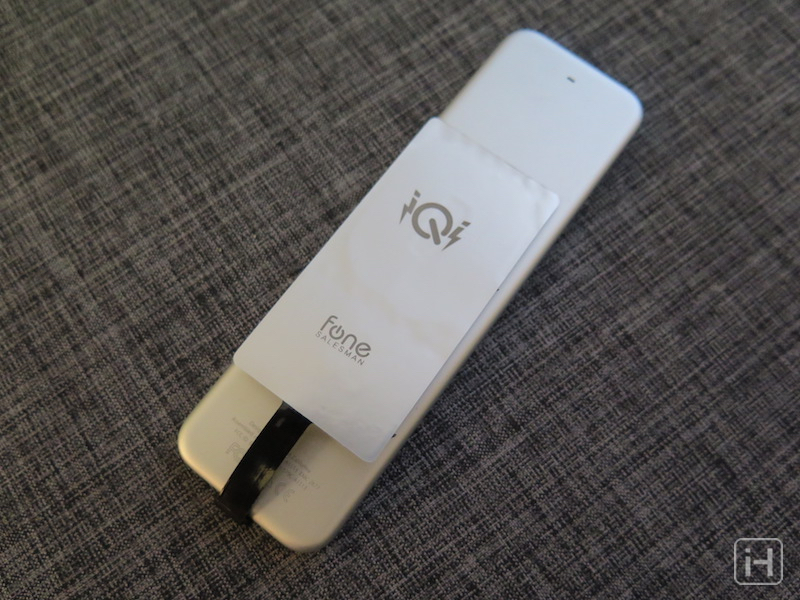 If you think you would use wireless charging more often, or would just like to experiment with the technology, you can buy the iQi Mobile for $35.00 from their official website. And as long as you can get over the beeping sound, you can buy the QiStone+ from the same place for $79.99. I think that’s a pretty good price considering the 4000mAh battery it contains and how it can charge both wired and wirelessly.