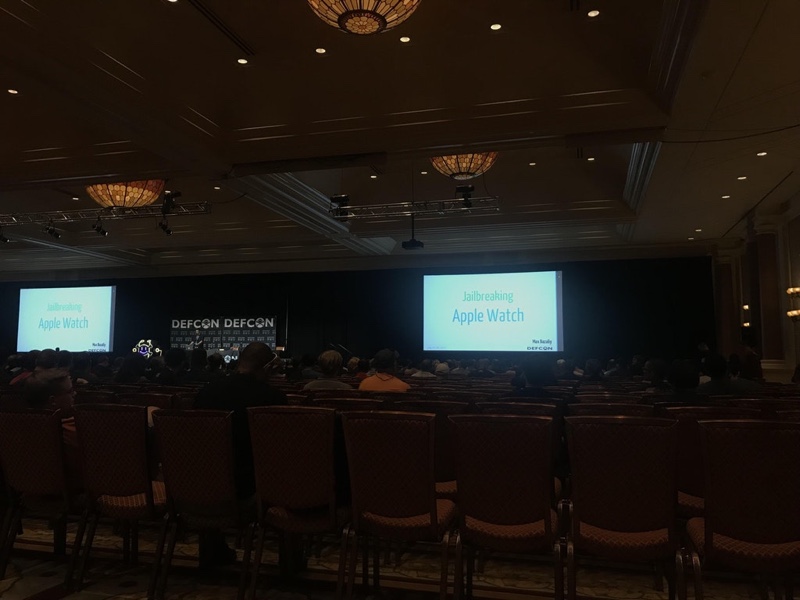 Ever since the release of the Apple Watch, jailbreak users have wished for a jailbreak for the device. Having a jailbroken Apple Watch would make it possible for users to install customizations to their Apple Watch and change how it works, fixing things that bug them the most according to their liking.

Apple Watch has been out for more than 2 years and despite many iOS jailbreak releases, we had yet to see a working jailbreak for watchOS. That changed at Def Con 25, where Fried Apple Team’s Max Bazaliy demoed a watchOS 3 jailbreak running on his Apple Watch.

The demo seemed to have support for SSH connections, which are instrumental in installing modified system files on the device and creating tweaks for it. The watchOS 3 jailbreak is meant for developers who can run Radare and Frida on their device. They can also gain access to things like Health and fitness data, Photos, caches, calendars, contacts, microphone, Apple Pay and other sensitive data.

Even with this jailbreak demo we don’t expect a full-fledge standalone Cydia tweaks for the Apple Watch. However a customization app managed through the iPhone, which could allow users to install third-party watch faces, add features to existing apps and more can be a real possibility.

In this hypothetical customization app users can install and configure hacks, and then push them to their Apple Watch. This seems far-fetched at the moment but so did a watchOS jailbreak a few months ago. Anything seems to be possible in the world of jailbreaking.

Also read: State Of The iOS Jailbreak – Is Jailbreaking Dead? All Your Questions Answered

What do you think about this demo? If an Apple Watch jailbreak is released, will you install it on your device given there’s no way to restore it if you run into troubles? Let us know in the comments section below.

Battery Draining On watchOS 4 Beta? Try This Fix!
Watch Series 3 Feature Request: Give Us The Ability To Restore Apple Watch