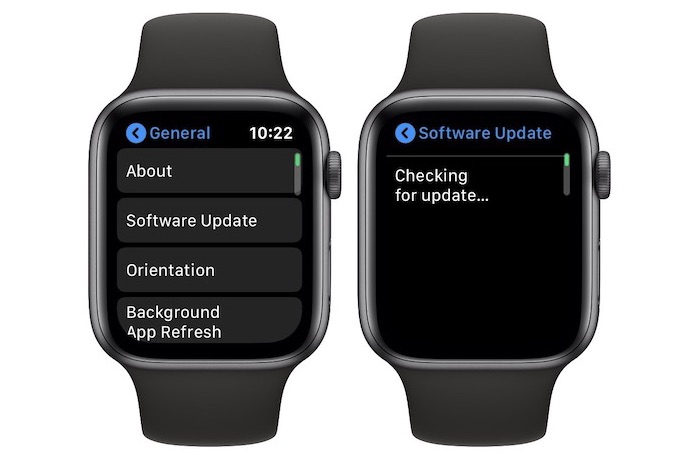 watchOS 6 is certainly moving in the same direction with the addition of the on-device App Store, which allows users to search for and download watchOS apps directly on the Apple Watch, something that is only possible through iPhone in watchOS 5. However it looks like this is not the only feature that prepares the Watch for an iPhone independent future. It has been revealed that watchOS 6 beta has a dedicated section for software update found inside the Settings app’s General page.

The addition of software update feature directly on the Apple Watch is a big step however we are still not fully there yet. Despite being able to check for new updates and being able to download them on the device, watchOS still requires the users to approve downloading of the update from their iPhone, where they have to accept the software terms and conditions before they can proceed to download an update. Although it looks like this is a temporary hurdle and will be removed in future releases, perhaps even as soon as watchOS 6’s public release in the fall.

Sure seems like the stage is being set for direct-to-Apple Watch software updates in watchOS 6, though it hasn’t been fully freed quite yet from the need to approve things on the iPhone. pic.twitter.com/pf3wBC3vU5

With features like LTE, watchOS App Store and Software Updates on the Apple Watch, we can see Apple Watch becoming completely independent of the iPhone in the next few years. Perhaps to an extent that we might be able to live and travel completely without an iPhone.