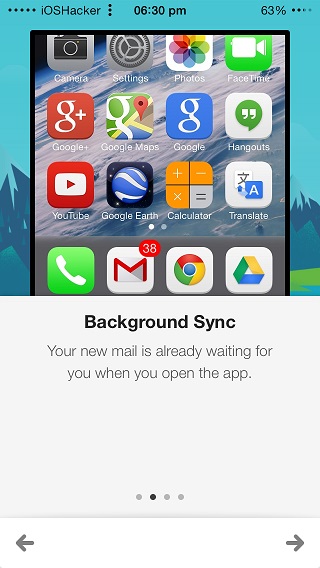 The dedicated Gmail app for iPhone and iPad has been around for years now but not many iOS users actually used it. The main reason for it not being the app of choice for iOS users was it was incapable of refreshing inbox in the background. So if you wanted to know whether you have received a new message you had to manually launch the app and refresh it.

Now with the release of latest update, which is now live in the App Store Gmail app for iOS will be able to automatically refresh user’s inbox in the background. Not only that but it will also alert the user in the form of badge, notification banner or pop up alert depending on your settings. This feature is only available to iOS 7 users.

The version 3.0 also brings a few other changes as well. Now the Gmail users can sign in to other Google apps on their iOS device that includes Chrome, Drive and Maps when they sign in to Gmail with their Google account. This means they don’t have to login on all of these apps individually making the process a lot more simpler than before.

You can download the update right now from the App Store. If you don’t have it already then you can get official Gmail iOS app for free from the link below.