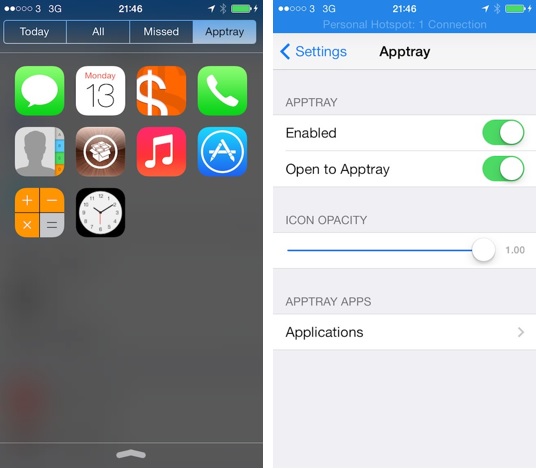 A brand new Cydia tweak called Apptray makes it easier for users to launch their favorite applications by adding a quick launcher to iOS 7’s Notification Center. The tweak supports iPhone, iPad as well as iPod touch and is now available for download. 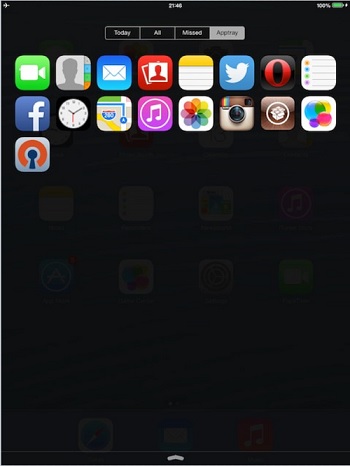 Having a quick launcher for apps like the one Apptray adds can be pretty handy especially for those who have tens of apps installed on their device or have more than three app pages.

Apptray is a commercial tweak and can be downloaded from Cydia’s BigBoss repository where it is available for $1.45.