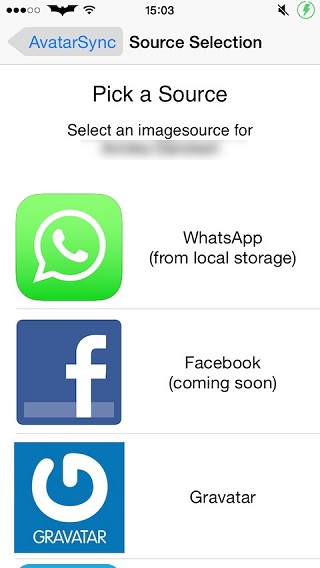 Have you always wanted to have profile photos for each of your iPhone Contact but didn’t want to add individual image for each person in your contact list. A new Cydia app called AvatarSync makes the process easier by allowing you to import profile picture from popular web services like WhatsApp, Gravatar or Twitter. The app is also going to add support for Facebook import in the coming updates.

In addition to popular social services the AvatarSync app also gives you the opportunity to import avatars for contacts using a custom URL. You just have to type in the URL of the image and the app will automatically import the image and then apply it to your specified contact.

AvatarSync adds an app to the iPhone, which can be accessed from the homescreen. Through this app you can conveniently import and synchronize contact images with the stock Contacts app of iOS. 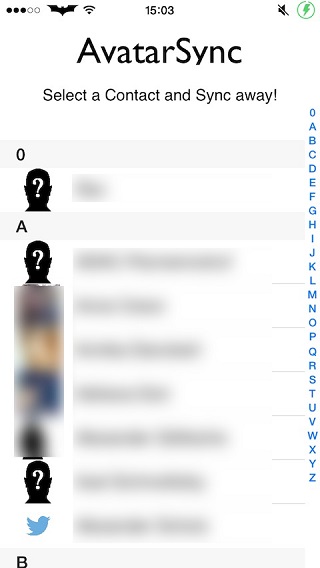 The AvatarSync app for jailbroken iOS devices is available in Cydia for $2. It is capable of running on iOS 7 up to iOS 8.1. While all other import methods work on iOS 7, the WhatsApp import requires the device to be running iOS 8.0 or above. The app is available in the BigBoss repo.