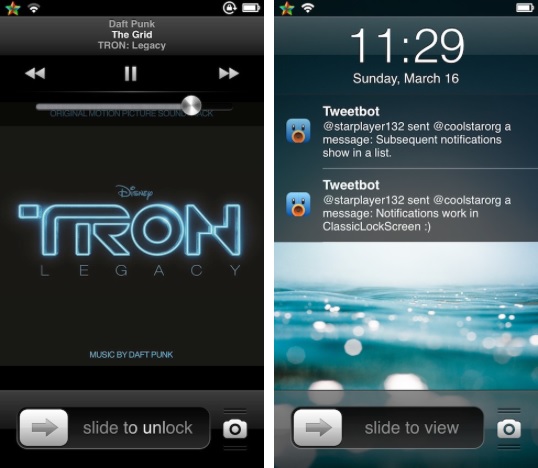 It has been a while since the release of iOS 7 and now users have started getting used to the changes it brought the user-interface. However there are still many of you out there who still prefer to have the classic look of iOS 6 on their iPhones. For all of you Scott Forstall fans out there we have got a new tweak that brings back the look of iOS 6’s lockscreen to iOS 7. The tweak works so perfectly that no one can tell you are actually running iOS 7 until they slide to unlock the device.

ClassicLockScreen is not only about changing the looks though. It also brings the widgets, notifications, shortcuts and animations to iOS 7 as well. The reason behind why this tweak looks so realistic is because it downloads the original image assets from Apple used that are used in iOS 6.

The parts of the lock screen this tweak affects include slide to unlock button, camera grabber, music controls, notifications, passcode lock screen, unlock animation and more. The lockscreen is such an important part of iOS that it has a huge difference over the whole experience and changing its look to what you like can make your experience of using iOS even better. The tweak also allows users to install and apply iOS 6’s WinterBoard themes. 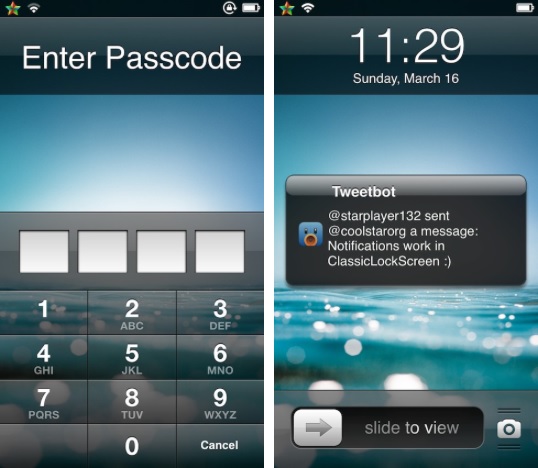 The ClassicLockScreen tweak is a must have for someone who prefers the old look of the lockscreen over the new one. You can download it from Cydia for $0.99. It works on all iOS 7 powered devices except the iPad. iPad support will be added in upcoming updates according to tweak’s description.