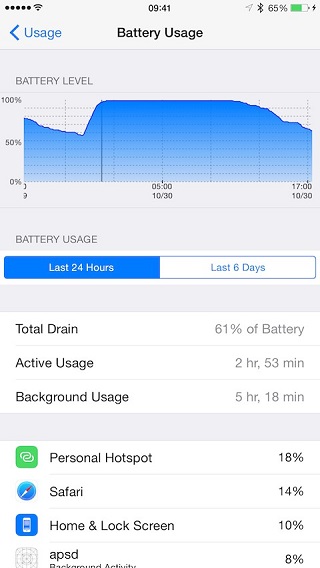 iOS  8 brings a brand new battery usage page that gives a fairly detailed overview of which apps are using the most of iPhone or iPad’s battery life. A new Cydia tweak for iOS 8 called DetailedBatteryUsage takes this battery usage information to a whole new level by displaying graph in addition to detailed information that is only meant for Apple’s internal use. The tweak unlocks parts of battery usage page that Apple developers used on test units and are not meant to be seen by average users.

The graph shows the level of battery usage at different times of the day. You can even get detailed information about an app’s energy consumption by tapping on it from the list. You can see a wide range of data that includes battery usage, energy usage, usage for CPU energy, display energy, GPS, Wifi and much more. 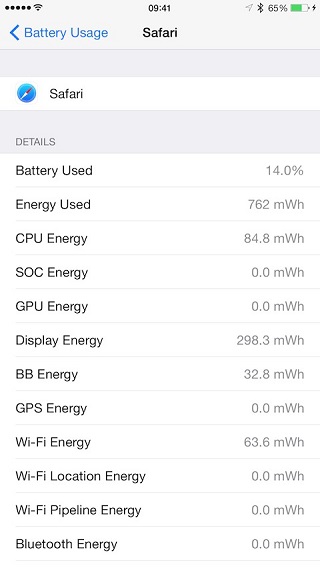 The best thing about this tweak is that it adds more features to existing iOS option page without adding any extra icons or options. You can access the additional features brought by DetailedBatteryUsage tweak by going to Settings > General > Usage > Battery Usage.

You can also use the ‘Save for Demo’ option to generate plist of the battery usage data and store it into /var/mobile/Library /Logs/BatteryUIDemos directory.

The DetailedBatteryUsage tweak is available in Cydia for free under BigBoss repo. You need an iOS 8 powered device for this to work.

How to remove Pangu app icon from homescreen after iOS 8 jailbreak
How to jailbreak iOS 8.0 to iOS 8.1 with Pangu 1.1.0