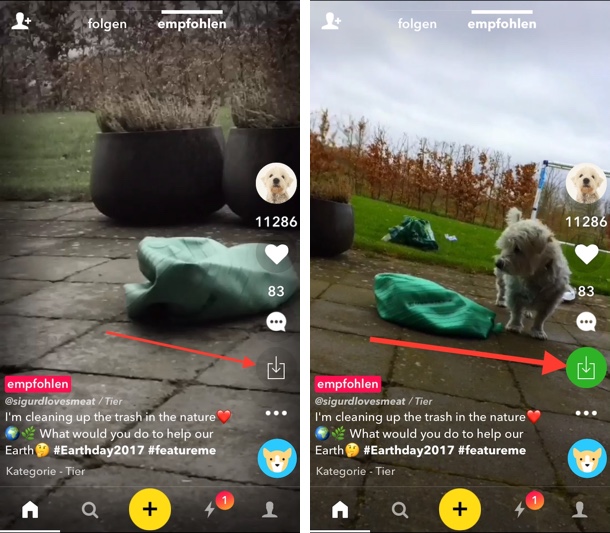 If you use the popular musical.ly app on your iPhone or iPad, then you would love the Downloadally tweak from Cydia. For those of you who don’t know musical.ly is an app based online creative platform that allows users to share videos with everyone. Downloadally tweak makes it possible for iOS users to download these videos, something that is not supported in the official app. The downloaded videos are stored in user’s camera roll so they can be shared with friends or watched offline.

Downloadally adds a download button to the app, which users can tap in order to save a video on their device. When you tap on the download button and it turns green, this means the video was successfully saved to the camera roll. The green indicator is quite useful since you will know the video was saved without having to exit the musical.ly app and launching Photos just to confirm.

Downloadally is an open source tweak and is available in Cydia’s BigBoss repository. You can download it on any device running iOS 8 up to iOS 10 or later.