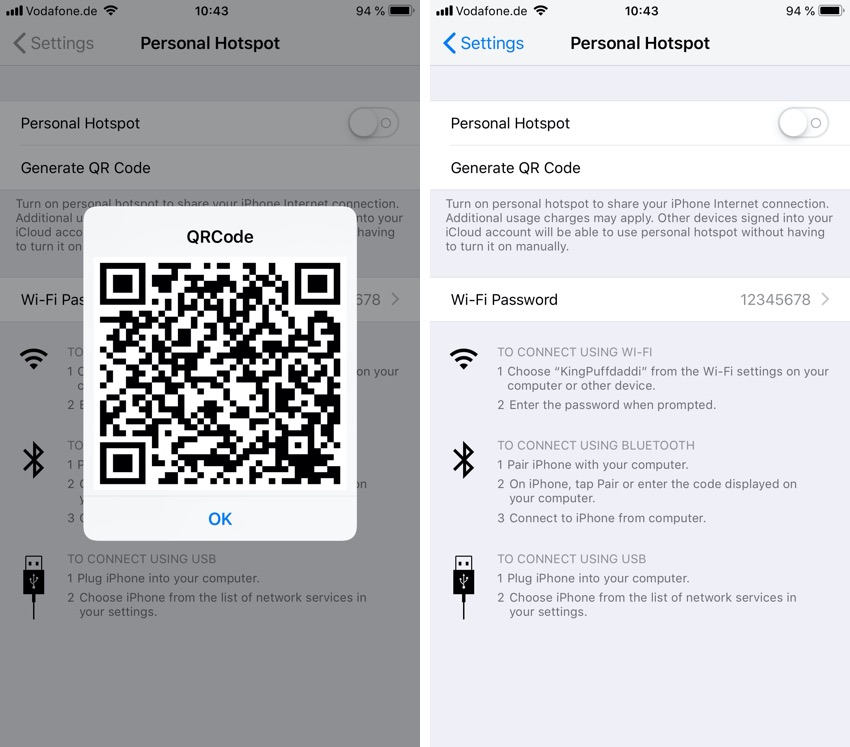 A newly released Cydia tweak called HotspotQR makes the life of jailbreak users easier by letting them share personal hotspot details with the help of QR code. The tweak will generate a QR code specifically for your device’s personal hotspot password and enable anyone with an iPhone, iPad or iPod touch to easily scan it with their device’s camera. Once successfully scanned the Personal Hotspot password will be added to the device target device.

HotspotQR tweak adds the ‘Generate QR Code’ button to the Personal Hotspot screen. Users can access their device’s QR code and help others in entering the password on their devices by tapping on this button and then having the other person scan it with their device.

HotspotQR tweak eliminates the need of verbally dictating the password or having to enter it manually on the target device, adding convenience to the user’s life.

You can download the HotspotQR jailbreak tweak on any device running iOS 11, iOS 12 or iOS 13. It is available through the BigBoss repo, where it can be downloaded for free.