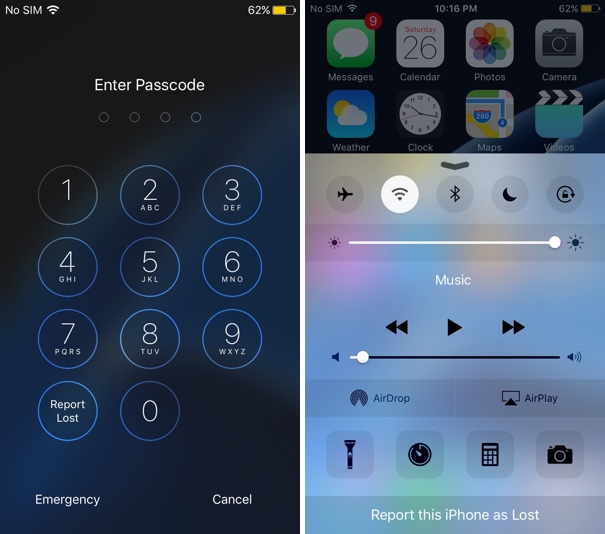 One of the worst things that can happen to an iPhone user is losing his or her smartphone. Most of the times the device ends up in someone’s hands who would rather sell it on eBay for parts thanks to the iCloud activation lock, rather than try to return it to the rightful owner. However there are times when the iPhone ends up in a good samaritan’s hands who would make sure the owner gets the device back safe and sound. If you are lucky enough to have your device land in the hands of a person like that, then IfFound3 tweak is something you should have installed on it.

IfFound tweak has been around for several years, and it is a must have tweak for jailborken users. A new version called IfFound3 has been released that fully supports both iOS 9 and iOS 8. It makes it easier for someone who has found a lost iPhone to contact the owner through different methods. The tweak shows a button on the passcode screen that lets the finder report said as device lost. Even if the device is not passcode and Touch ID protected the tweak will also show the ‘Report this iPhone as Lost’ in other parts of iOS including the Control Center. 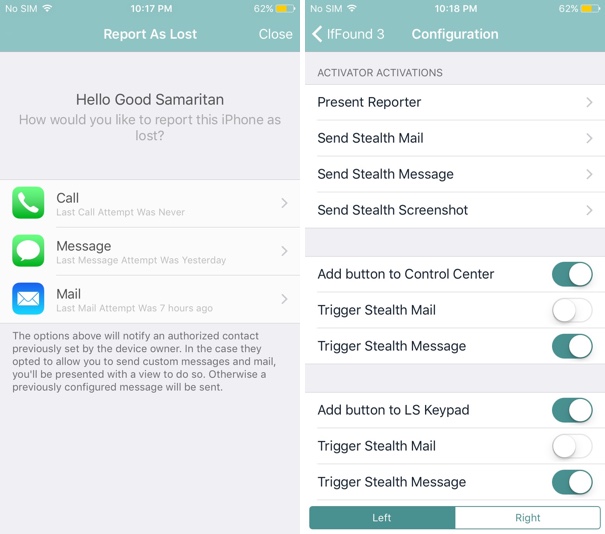 The new version also brings the ability to take screenshots and photos from the front camera and send them to the owner via email. It does this stealthily so the owner is able to monitor the activities of the alleged thief.

If the finder wants to return the iPhone and contact the owner, he or she will be presented with several options including ability to call an emergency number entered by the owner, message or email.

IfFound3 is available as a free update to those who own the previous versions of the tweak. Others can download it on their jailbroken iOS 9 and iOS 8 devices from Cydia for $1.

Palert tweak brings Apple tvOS inspired alerts to iOS
iOS hacker claims to have more than one jailbreaks for iOS 9.3.1