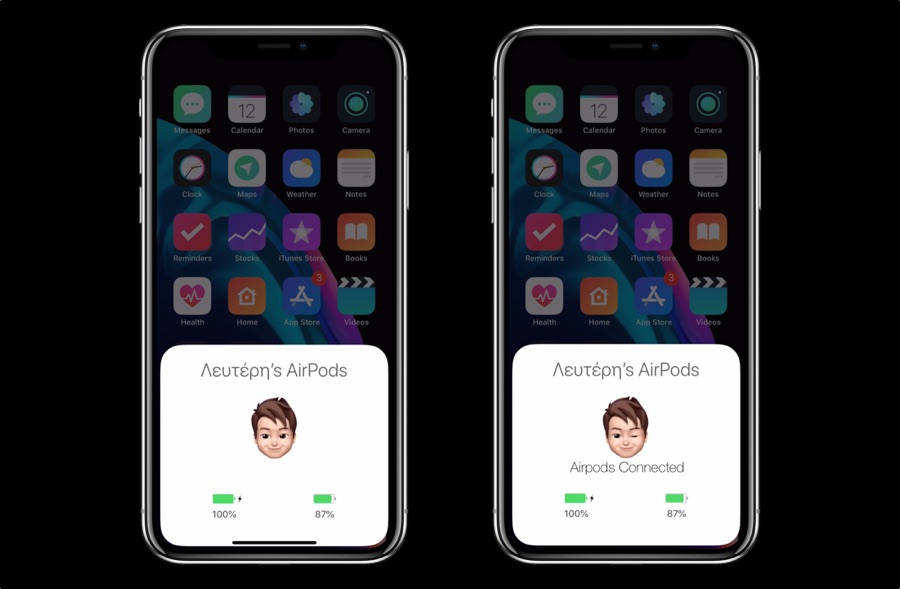 AirPods come with a super useful popup that makes it possible for users to check the battery status of their wireless headphones. The popup appears when you open the Charging case lid and bring it close to the connected iPhone or iPad. A new tweak called MojiPods allows users to change the AirPods popup and make it more fun.

MojiPods does so by replacing the usual AirPods animation with an animated Memoji that is shown in the middle of the popup menu. The Memoji appears in a smiling position and winks at the user to indicate the AirPods are now connected with the device, adding a playful touch to the connection process.

The tweak modifies the custom AirPods animation and in addition to adding a Memoji it adds a sound that is played when the AirPods are connected to the iPhone. The tweak also plays this sound every nine seconds in case you have not closed the lid of your AirPods’ charging case.

MojiPods tweak is available in Cydia for $0.59. It only supports first generation AirPods and works with iOS 10 or above, including iOS 12. Developer recommends that before installing the tweak make sure you remove the AnimPods tweak from your device.