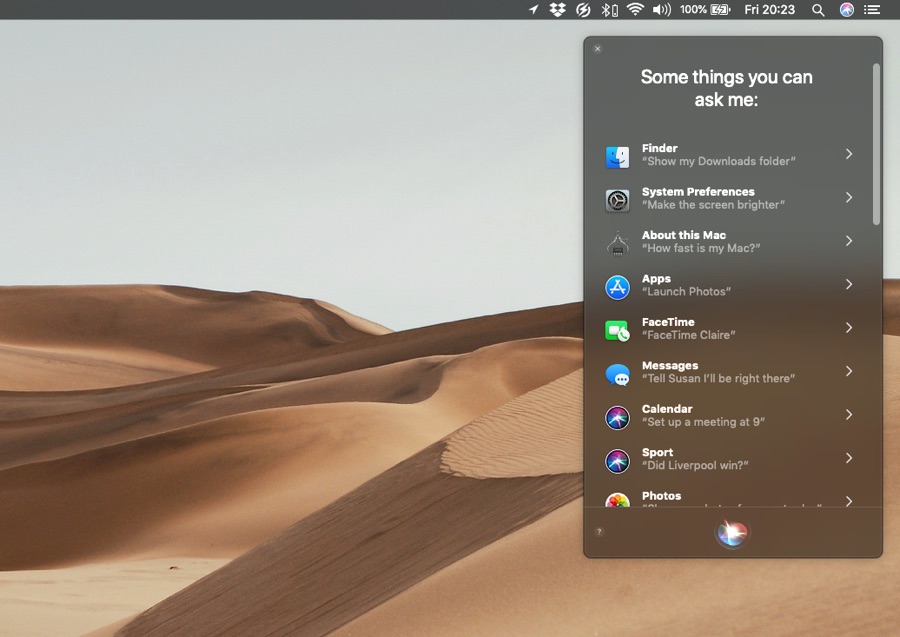 Continuing with the leaks related to upcoming macOS 10.15, today we are reporting another iOS feature that will be making its way to the Mac this fall. According to a new report from 9to5Mac Apple is working on bringing iPhone’s Siri Shortcuts and Screen Time features to macOS. Apple introduced these widely acclaimed features in iOS 12 and after 1 year the company is bringing them to its desktop OS.

With the introduction of Siri Shortcuts feature on macOS, users will be able to perform certain actions on their computer using custom voice shortcuts. This will be made possible with the introduction of iOS-like Shortcuts app for macOS. Perhaps it is going to be the same app as iPad, with users being able to run the iOS version of the app using macOS’s Marzipan feature.

By bringing Siri Shortcuts to the Mac, Apple will also make it possible for users to take advantage of the app related shortcuts when iOS versions of those apps is being used on the Mac through Marzipan. In fact the report does note that only Marzipan apps will be able to offer Shortcuts support on the Mac. With macOS 10.15 Apple is also working on adding iPhone Siri features that are missing from the Mac version of the virtual assistant, such as ability to set timers and alarms among other things.

Screen Time is also making its way to the Mac, making it possible for Mac users to see how much time they are spending on their computer and what apps they are using. With the introduction of Screen Time feature on macOS, users will also be able to set time limits for certain apps and games. Parents will also be able to take advantage of the feature and set time limits for children.

Screen Time will be available on Mac through a dedicated panel in the System Preferences. From this panel users will be able to see usage stats and set limits for various categories of apps, just like they can on iOS 12 or later.

Speaking of System Preferences, there are reports that Apple is also working on bringing better Apple ID management to macOS. This will allow users to configure Family Sharing settings.

macOS 10.15 will also bring missing iMessage effects to the Mac app, making it possible for Mac users to send and receive fun effects like Lasers, Confetti and more. Here’s our tutorial on how to send iMessage effects from macOS right now.