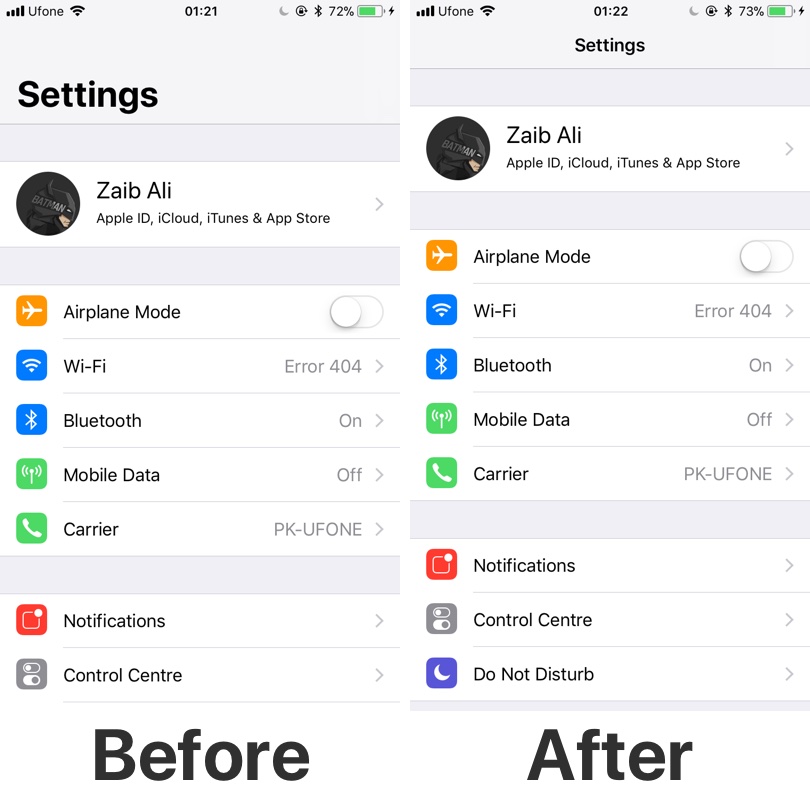 When Apple introduced the large titles on top of its stock apps and tried to push this user-interface style to third-party app developers, many people expressed their anger towards the company. The large titles that appear in apps like Settings, Mail, Notes etc take up large amount space without serving any useful purpose.

If you are one of those users who consider this style to be hideous, then we have the perfect iOS 11 tweak for you. With NoLargeTitles tweak you can simply remove the large titles from your iPhone’s stock apps and replace smaller titles that show up in the top navigation bar, just like they used to in the previous versions of iOS.

While most jailbreak users who don’t like larger titles of iOS 11 will appreciate this free tweak, it is particularly useful for users with smaller screen sizes such as the iPhone SE or even iPhone 8.

You can download the NoLargeTitles tweak from Cydia for free. Just add https://seiterseiter.github.io to your Cydia sources.