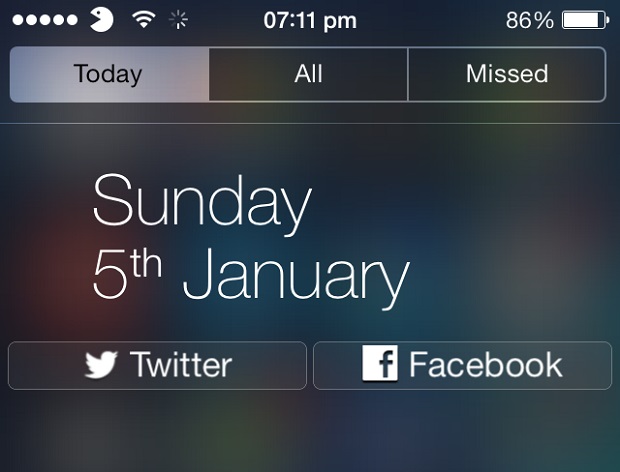 With the release of iOS 6 Apple added a nice social widget to the notification center that allowed users to quickly share status updates on Twitter and Facebook. The widget gave a convenient way to social media users to publish updates to their accounts without launching the apps.

As Apple redesigned iOS with the release of iOS 7 notification center also received a revamped design. This resulted in removal of the social widget.

But now since iOS 7 has been jailbroken it is not hard for users to get their favorite missing features from iOS 6 back in iOS 7. The new Share Widget for iOS 7 tweak brings back the good old share widget making it more social. 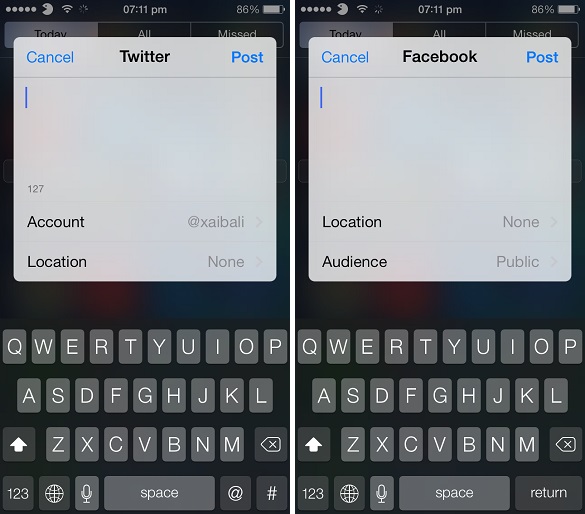 The tweak places two buttons on the notification center for both Twitter and Facebook. For Chinese users it adds buttons for Sina Weibo and Tecent Weibo as well. Tapping on this button brings up a pop up for relevant social network. From the pop up users can change the account, configure location settings and select audience for their status in addition to typing the message.

You can download this hack from Cydia for free.