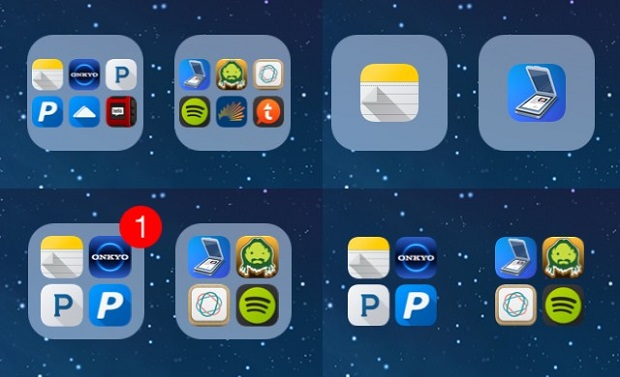 iOS 7 may not have the best possible design however a great thing about it is that it leaves a lot of room for jailbreak developers to create tweaks that enhance its visual appearance, and make pretty notable changes to itself.

Just like other parts folders also received a major overhaul in the latest software update. The icons as well as internal look of folders changed radically. Some liked the change others didn’t.

If you are someone who is not a fan of how icons of folders look on iOS 7 then you should give TinyGrid+ a try. This tweak allows users to greatly change how icons look and feel.

After installing this hack from Cydia users get the ability to change the layout of folder icons. Normally tiny icons of the apps that are located in any folder appear on its icon in a layout of 3×3 but with TinyGrid+ users can change that according to their desire, examples of which are shown in the image above.

You can select a single app’s icon to appear on the folder’s icon, which is ideal if a folder has applications of same type. Similarly users can have layouts of 3×2 and 2×2 as well. 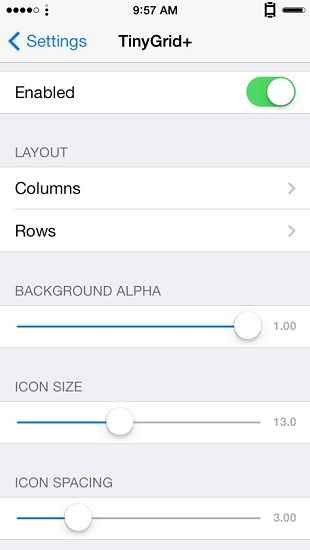 That’s not all as users also get the ability to change the folder icon’s background, configure icon spacing and icon size.

For anyone who wants to change the way folder icons look TinyGrid+ is an ultimate tweak.

You can get this tweak from Cydia where it is available for $0.99 under the BigBoss repository.