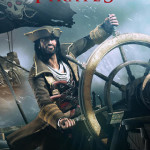 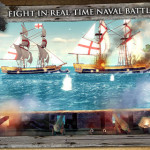 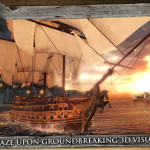 The Assassin’s Creed: Pirates features a young pirate named Alonzo Batilla who sets out on an adventure in the Caribbean. This mobile version of the game features a gameplay in which players have to get in combats with naval forces and complete missions while making a fortune for themselves. As players gather more resources they can upgrade their vessels as well as recruit crew members to make their ship stronger.

Assassin’s Creed: Pirates features a wide area filled with islands that users can explore. The game has a story mode with 50 main missions in addition to many side missions. The 3D visuals of the game are pretty remarkable and really take advantage of the true potential of iOS devices. The realistic water waves and ever changing scenes always keep things interesting.

As I am currently playing Assassin’s Creed: Black Flag on my Xbox I cannot be more excited to have this game on the iPhone as well. According to Ubisoft players will encounter characters from the Black Flag version of the game during the gameplay.

Assassin’s Creed: Pirates is available in the App Store for $4.99. It supports iPhone 4S or above.