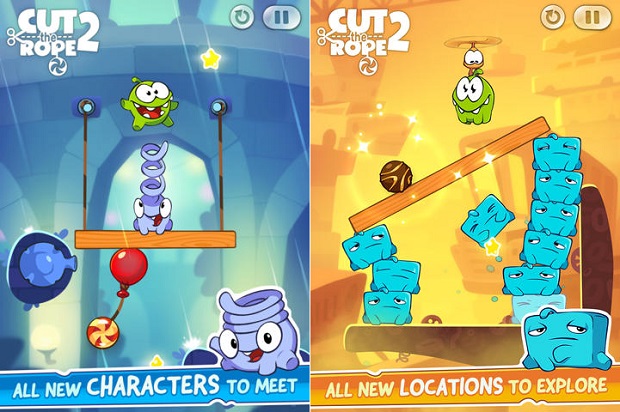 The sequel to one of the most popular iOS games Cut the Rope has arrived. Cut the Rope 2 for iPhone and iPad is now available for download through the App Store. The game features new characters in addition to the beloved Om Nom whom you have to feed the candy.

The game brings new missions, tricks, locations and characters that give Cut the Rope 2 a completely different yet familiar gameplay. There are 120 new levels in the game, 5 new characters, ability to customize the look of Om Nom and more.

Each new character has its own special capabilities as listed below.

Cut the Rope 2 for iPhone, iPad and iPod touch is available for $0.99 in the App Store.

Original Tomb Raider I game from 1996 comes to iPhone and iPad
10 Insanely Addictive Games for Your iPhone, iPad or iPod touch