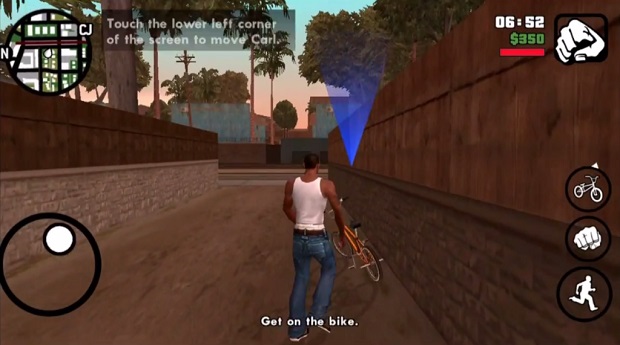 GTA San Andreas for iPhone and iPad is out and is currently available in the App Store for download. The game that is a complete port of the original Grand Theft Auto San Andreas console game has the same characters, missions and features. One of the feature found in the mobile version is ability for users to create their own music stations and listen to their favorite songs while riding a vehicle. This is a feature that has been taken from the PC edition of the game.

That’s it! Now you will be able to listen to your own music while playing GTA San Andreas on your iOS device.

If you don’t have it already Grand Theft Auto San Andreas is available in the App Store for $6.99 here.