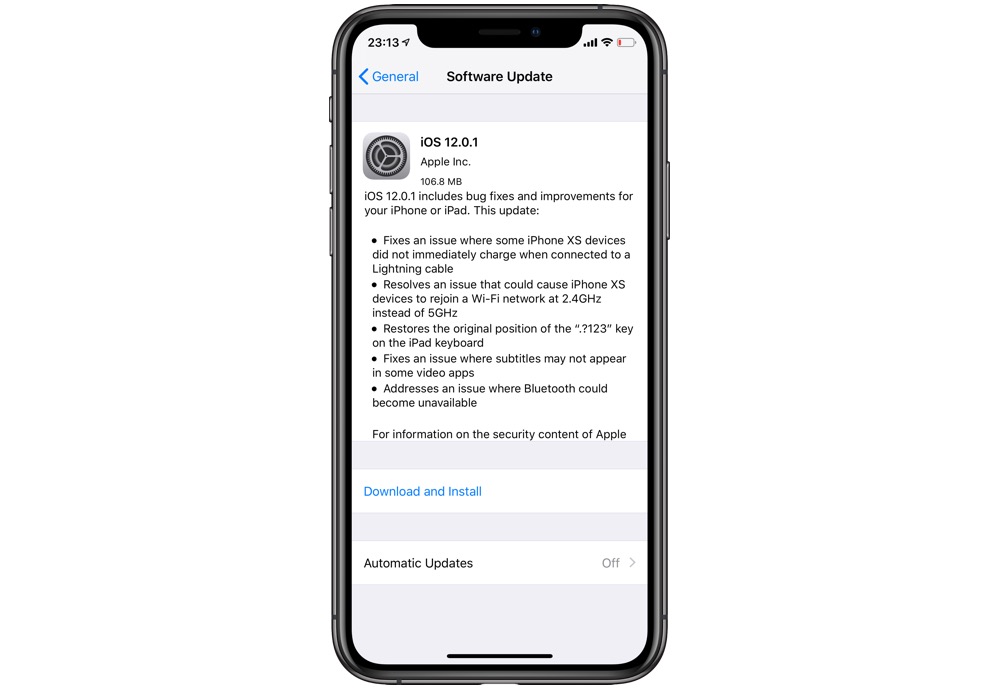 Apple has released the first iOS 12 update since its public release and iOS 12.0.1 is now available for download on all compatible models of iPhone, iPad and iPod touch. The update comes with a number of bug fixes involving several issues specifically affecting iPhone XS and iPad, with some other essential fixes for the operating system.

iOS 12.0.1 has been released to fix the issue that caused the iPhone XS to not start charging immediately after being connected to a Lightning cable. This addresses the charging controversy that involved iPhone XS not starting to charge automatically and requiring the user to tap on the screen. The bug affected a small number of iPhones and it has now been fixed.

The update also solves the issue that caused the new iPhone XS to rejoin a Wi-Fi network at 2.4GHz instead of 5GHz. The update also brings iPad keyboard’s “.?123” key back to its original position.

Other fixes in this release include the issue with subtitles not appearing in some video apps and an issue that would cause the Bluetooth feature to become unavailable.

You can download iOS 12.0.1 software update by heading to Settings > About > Software Update on your device. You can also update your iOS device via iTunes by automatically downloading the update or manually updating through iTunes by downloading iOS 12.0.1 IPSW using the links below.