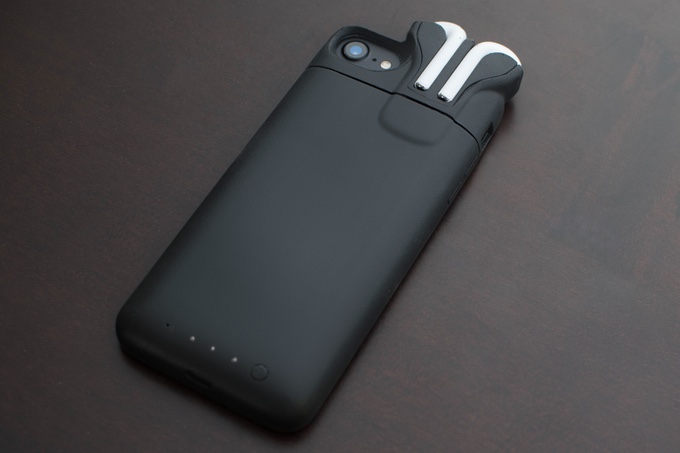 If carrying the AirPods charging case is too much of a hassle for you, then you might want to check out the PodCase iPhone case. This protective case not only doubles as a battery charging case for the iPhone, but it will also store and recharge your AirPods.

The PodCase looks very similar to any other battery case out there, however the very noticeable bulge on the top, where AirPods are stored is what makes this case unique and perhaps to some even ugly.

The PodCase has a built-in battery of 2,500mAh, which will recharge the AirPods when they are not in use. PodCase has a USB-C port that can be used to refuel the case. The case’s battery is big enough to give a full charge to the iPhone before running out. However it truly shines when recharging the AirPods. According to the team behind PodCase, the case can deliver up to 40 AirPods charges on a single charge.

The current iteration of the PodCase comes with support for iPhone 7 and iPhone 7 Plus. The company notes on the Kickstarter campaign page that it has plans of creating an iPhone 8 version too once the device is announced on September 12. They are also giving pledgers option to switch their reward to iPhone 8 anytime during the campaign. 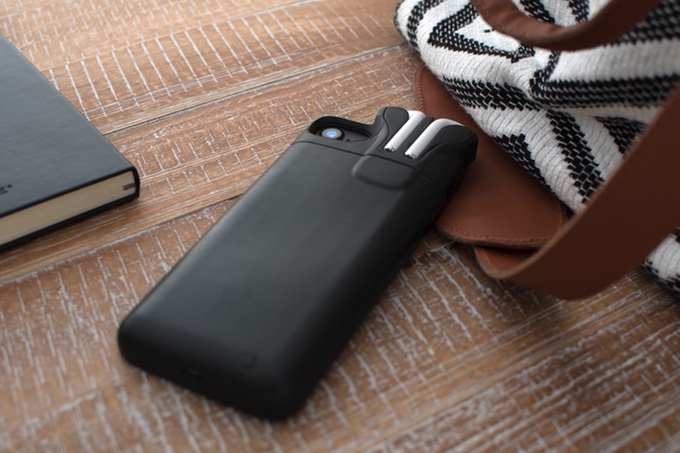 The PodCase is made by Eric Migicovsky, the founder of the popular Pebble smartwatch brand, which was later closed and acquire by FitBit. Currently Eric and his team are running a Kickstarter campaign for the iPhone and AirPods charging case and are looking for $300,000. If you are interested in backing this project and securing a PodCase for your device, you can pledge $79 to the campaign. If the campaign is successfully funded and the product is released in the market, it is said to retail for $99.

The 2,500mAh battery and built-in slot to store and recharge AirPods make the case quite bulky. However if you think about how useful it is the bulk becomes bearable. It also helps that there will be one less item for you to carry around since you won’t need to keep the AirPods case with you at all times when you leave home.

You can learn more about the PodCase on the official Kickstarter campaign page here.

Also read: 8 Affordable iPhone Battery Packs For 2017 [Must Have]

Click to comment
Possible Pre-Order And Launch Dates For iPhone 8: September 15 And 22
iOS 11 Document Scanning Vs A Real Scanner [Test]