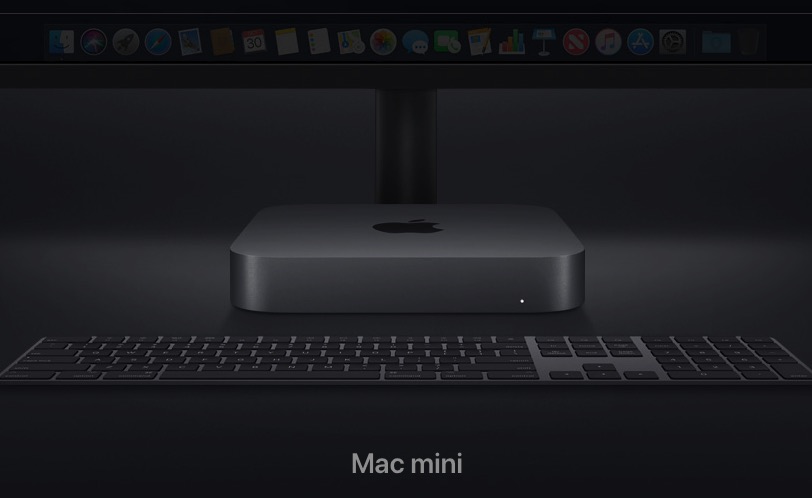 Along with the new iPad Pros and MacBook Air, Apple has also announced a brand new Mac mini. With today’s announcement Apple has finally updated this Mac model after not touching for the past 4 years. The 2018 Mac mini features the same design however it has been upgraded with new internal specifications, giving it modern internals.

Mac mini comes with 4 and 6-core processor options that provide up to 5 times faster system performance and up to 60 percent faster Intel integrated graphics. The processors also offer up to 4.6GHz Turbo Boost. The new Mac mini also has a high performance 2666MHz DDR4 SO-DIMM RAM that can be expanded up to 64GB. This new RAM provides up to 7.8x performance than the 16GB option.

Apple has also included new all-flash PCIe-based storage to the 2018 Mac mini that provides up to 4x read speeds than the previous flash options. Users can expand Mac mini’s storage up to 2TB SSD.

Like other new Mac models, Mac mini also has the T2 security chip that consolidates several controllers into one. The T2 chip on the mini includes the Secure Enclave coprocessor that provides secure boot capabilities and foundation for encrypted storage.

Mac mini starts at $799 with 3.6GHz Quad-Core Processor, 128GB Storage and 8GB RAM. You can order it today and it will be delivered to customers on November 7.