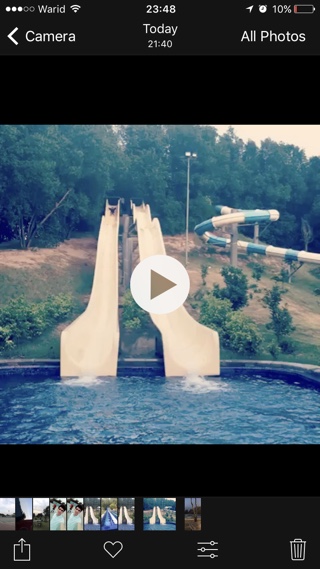 Dark mode is one of the most requested feature on the upcoming iOS 11. iOS users have been waiting for a special dark mode with black user-interface for many years, however now it seems like their dream is finally going to become a reality. There are plenty of rumors that Apple has finally decided to add a black UI to iOS mainly because the company is going to introduce an OLED display equipped iPhone 8, which can display dark colors in a better way.

There are some hints in current iOS’s user-interface that may or may not be hinting towards Apple’s plans of adding a dark mode in iOS 11. The Camera app’s camera roll feature that allows users to view their most recently taken photos by tapping on the small photo button may be showing what the Photos app may look like in next major release.

The dark photos screen can only be accessed using a 3D Touch enabled device. To get to it all you have to do is force tap on the recent photos button on the Camera app and pop. This will open a page that shows recent photos and timeline of previous photos. The page however is dark with white buttons. I was able to access the dark page on iOS 10.1.1 running on iPhone 7. 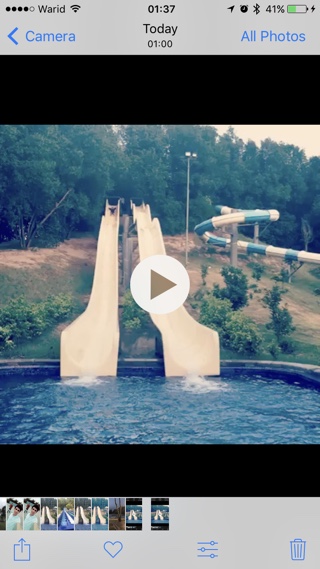 Same screen when accessed with a simple tap

Interestingly if you simply tap (not force tap) on the same button on iPhone 7 or any other device that does not have 3D Touch then the same screen with white user-interface appears. This difference suggests the dark UI is not actually meant to be there since Apple wouldn’t make the same screen look different based on how it is accessed.

So is this a case of a major slip through from Apple or is it just a bug that will be fixed in an upcoming release, let us know what you think in the comments below.