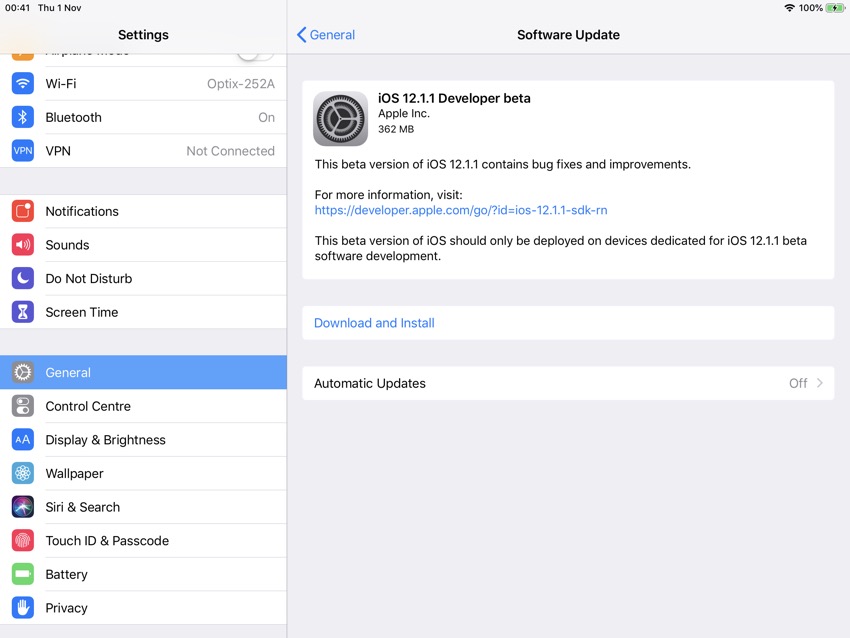 After releasing iOS 12.1 software update to all users, Apple has today seeded first developer beta for iOS 12.1.1 to developers. If you are a registered Apple developer you can now download configuration profile to your test device and download the new iOS version on your devices. Along side iOS 12.1.1 Apple has also seeded tvOS 12.1.1. The company had also released macOS 10.14.2 however it has since pulled the update for some unknown reason.

Unlike iOS 12.1 that brought Group FaceTime and Dual-SIM functionality to newer iPhones, iOS 12.1.1 is going to be a minor update that will focus on performance and bug fixes. There is one major change that has been discovered in iOS 12.1.1, which is the ability to take FaceTime Live Photo. Apple had removed this feature in iOS 12.0 however with iOS 12.1.1 the company will be bringing it back. FaceTime UI has also been tweaked, which now adds the camera flip and mute buttons in the main menu. Previously these buttons were hidden in a submenu.