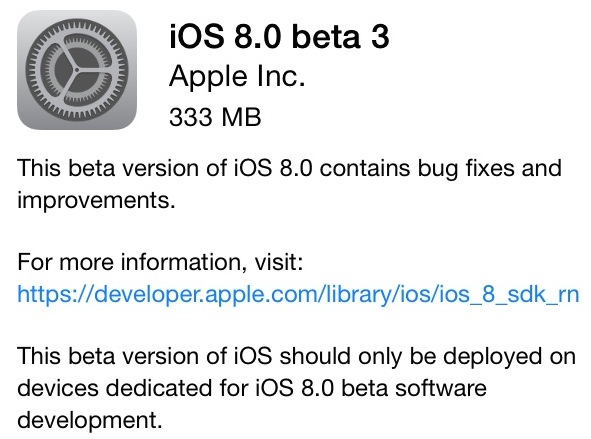 Apple has just released iOS 8 beta 3 for iPhone, iPad and iPod touch and it is now available for download. The update has been released through the dev center and over-the-air for devices that were running previous beta. This release that has a build number of 12A4318c brings several bug fixes and improvements to the beta version of the operating system. There are several changes that have been made to iOS 8 in this release.

Here are some of the notable changes that Apple has introduced in beta 3.

If you are a registered Apple developer then head to the dev center to download beta 3 for your iOS device. Also, if you find any other change in beta 3 let us know in the comments section below.