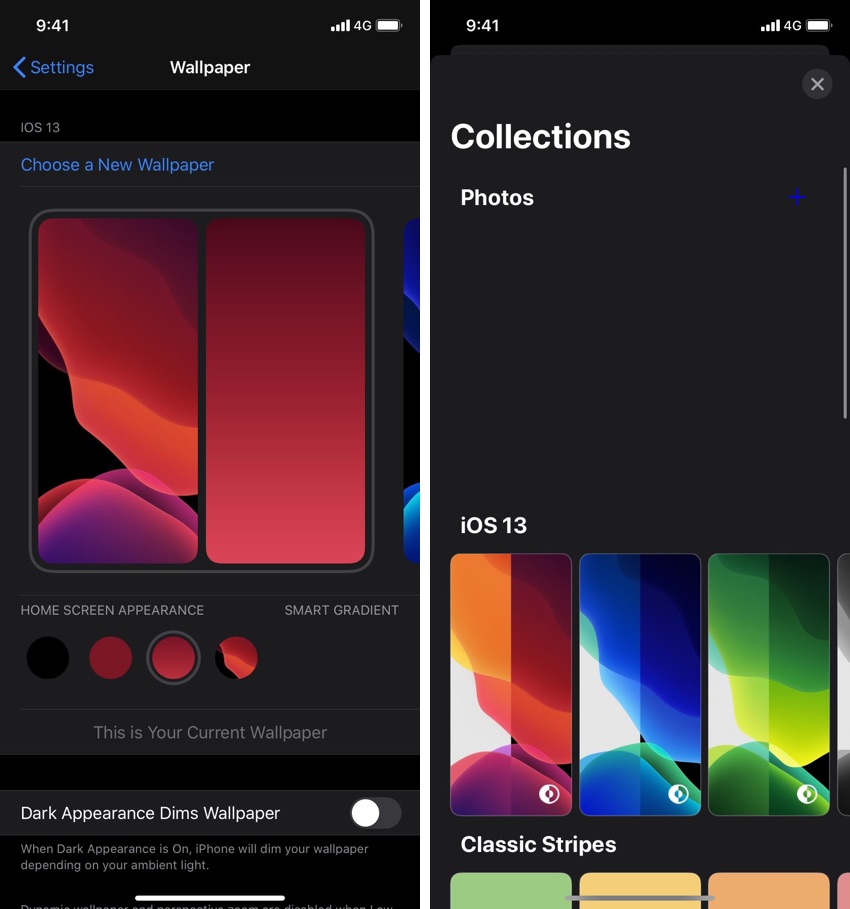 The main wallpaper screen that appears in the first screenshot above offers several new options to the user. The wallpaper preview found under the ‘Choose a New Wallpaper’ button looks different than what we have on current versions of iOS. It not only shows wallpapers for home and lockscreen as a single unit but we can also see a blue wallpaper set up on the right side.

The wallpaper page also has a brand new ‘Home Screen Appearance’ section that would allow users to select between different appearances for their device’s wallpaper.

Website 9to5Mac, which has claimed to have access to leaked iOS 14 code says that Apple is working on a new feature that is internally dubbed as Avocado. Avocado is an app for springboard that will allow users to control their device’s home screen. Without going into much details 9to5Mac says Apple has plans of bringing new widgets feature with iOS 14, which would allow users to place widgets on the homescreen and move them around like app icons.