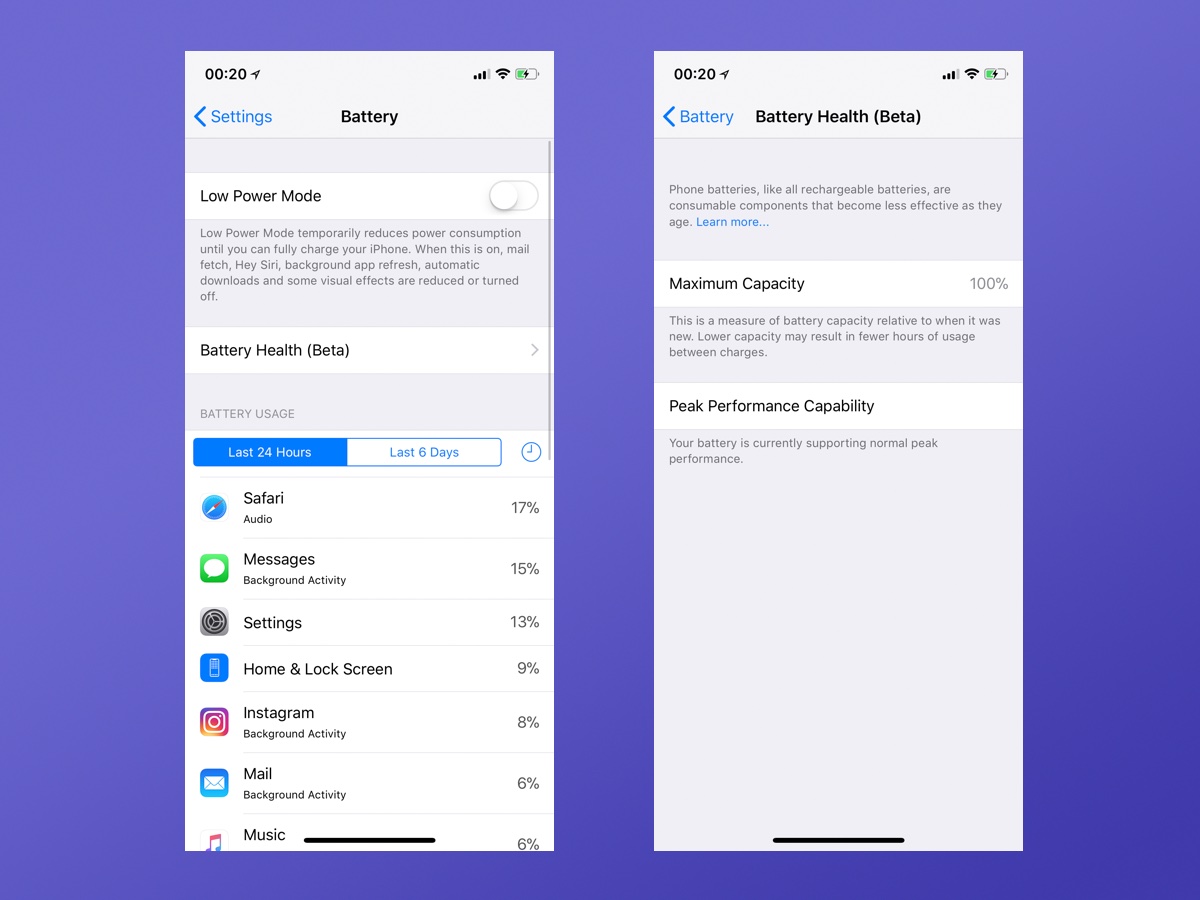 Apple has added the new Battery Health feature to iOS 11.3 beta 2 and it is now available on different iPhone models. The feature that allows users to get information about the current status of their iPhone’s battery will roll out to for all users once iOS 11.3 is available publicly. 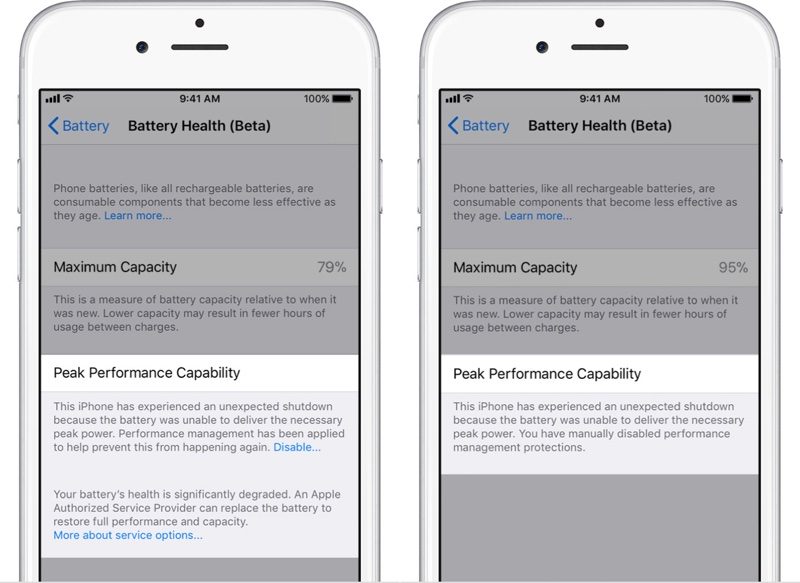 On devices that have degraded batteries, iOS 11.3 will tell users that their iPhone experienced unexpected shutdowns due to it. It will also advise users to have their battery replaced in order to restore full performance of the device.

On older models such as iPhone 6, iPhone 6s or iPhone 7 users will also see if iOS is throttling the performance in order to provide better battery life. They will also be able to turn off throttling by tapping on the Disable option, which will allow them to get the peak performance but it has its downsides as they will have a device that will have unexpected shutdowns and crashes.

The addition of Battery Health feature is a good news for iOS users as it will give them  more control over their devices and give them a better idea whether they need to replace their iPhone’s battery or not. We are very interested in seeing how this feature matures and what other features or information is added to this page in future updates.