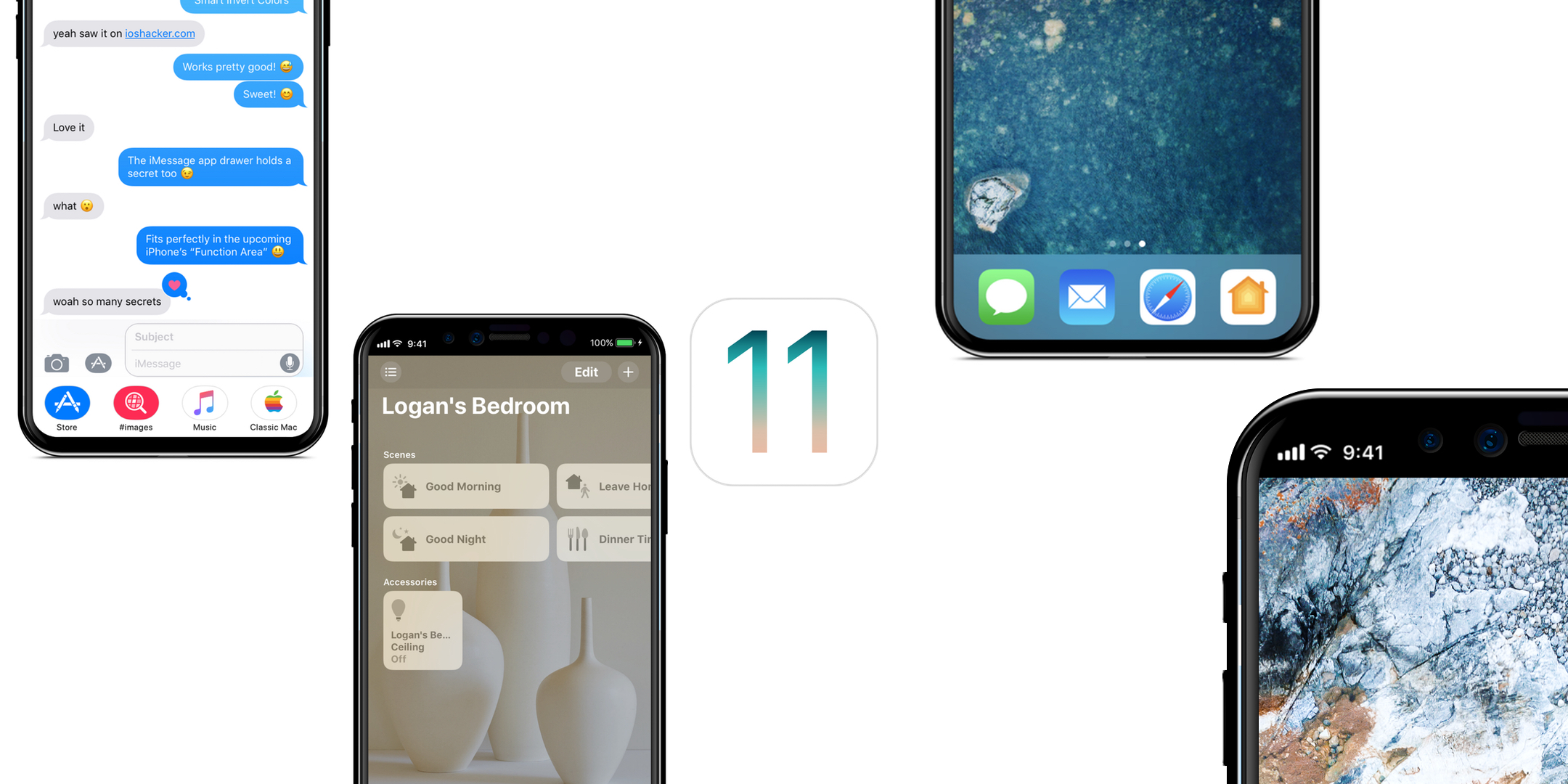 With September 12 fast approaching we are closer than ever to the release of iPhone 8, the high-end model of the next generation of iPhone. This year Apple is expected to announce three different models for its iPhone lineup, the iPhone 7s and 7s Plus will be updated versions of iPhone 7 featuring same design with upgraded specs and features. iPhone 8, which is going to be the flagship iPhone this year is going to bring radical changes to the iPhone lineup.

Over the past few months we have seen rumors and leaks that have detailed nearly every aspect of the upcoming iPhone. We now know thanks to supply chain leaks and even more reliable HomePod leaks that iPhone 8 will sport an edge-to-edge bezel less display, a top notch, no physical home button among other things.

Removal of the Home Button will be a big deal for everyone, as this will be the first and only iOS device with no physical home button on the front. Now Bloomberg’s Mark Gurman is reporting about how an iOS device without a physical home button will function. According to his extensive report, Apple will allow users to perform actions that were normally performed through the home button with gestures. This includes opening the app switcher and returning to the homescreen.

This will be similar to how iPad under iOS 11 works. As seen in iOS 11 betas, iPad users can access the homescreen with a full bottom-to-top gesture while they can access the App Switcher/Control Center screen with a half bottom-to-top gesture. Gurman reports however has not mentioned how Control Center will be accessible on the new iPhone. We suspect Apple will combine the app switcher and control center just as it has on the iPads. 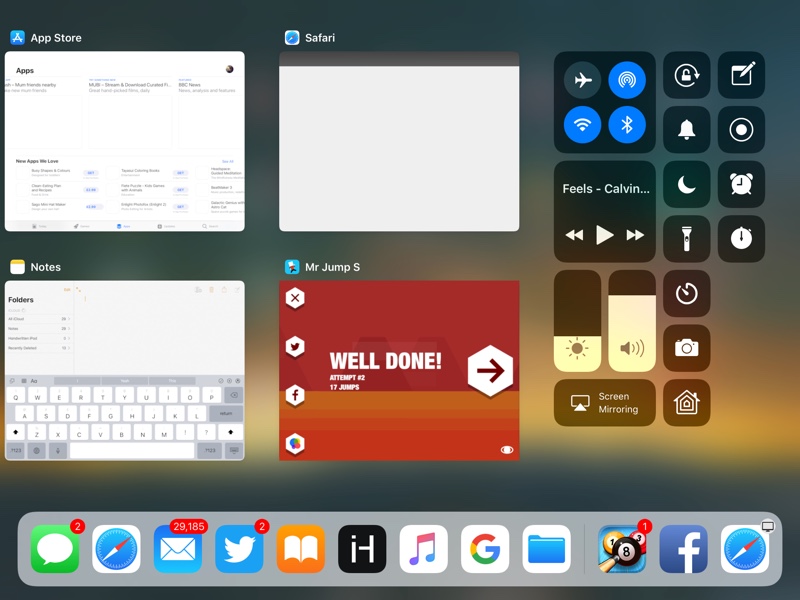 Bloomberg’s report also mentions the addition of a taller screen to the iPhone 8. A taller screen will be possible thanks to the removal or at least minimization of the top and bottom bezels. This will give iPhone 8 more space to display content such as web pages, more message bubbles and app content. A few months ago we talked about how function area of the iPhone 8 could work, that feature also seems to be coming in the next iPhone. 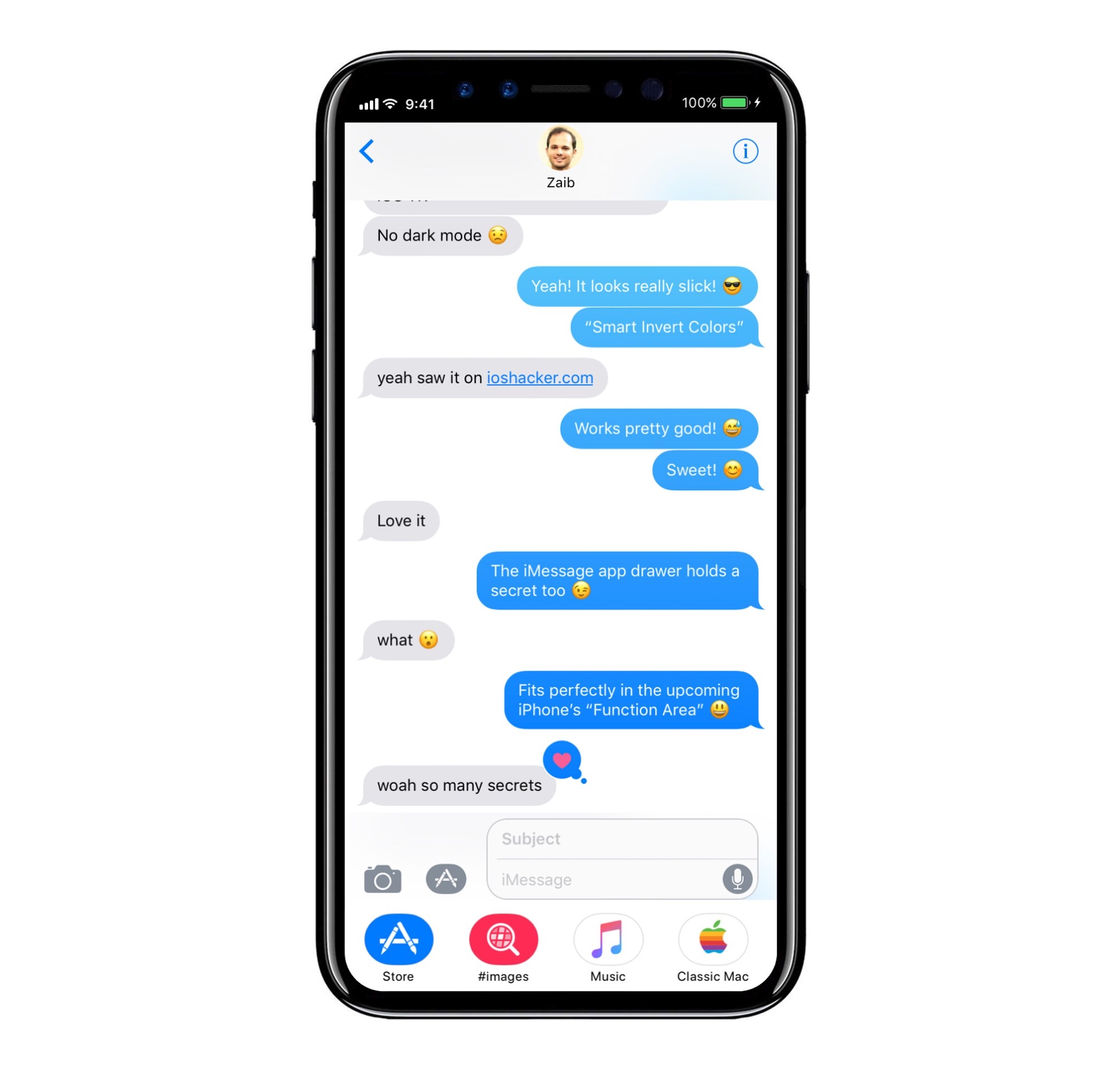 The screen will have rounded corners and a top notch that will house the front camera, sensors and earpiece. The notch will divide the status bar in two halves, which according to the report are currently internally being referred to as ‘ears’, a moniker that is unlikely to get a public mention. Due to the division of the status bar it will have less space to show indicators and icons. To solve this problem iOS will show contextually the most important icons in the status bar.

The report points towards the presence of a thin line that will be present at the bottom of the screen to will indicate where user can start dragging in order to access the app switcher. This line will appear right below the dock that according to developer Steve T-S will look something like this.

The multitasking screen on the iPhone 8 will also feature a new design. Instead of having stack of app cards that can be swiped from left to right, the new app switcher will have standalone app cards. This is similar to how app switcher on the iOS 11 running iPad looks.

iPhone 8’s icon dock will also be different than the one found on current iPhones running iOS 11 beta. The flagship iPhone will have a floating dock with a grey background, similar to the one found on the iPads on iOS 11. This dock will house the commonly used apps for the user.

Other details mentioned in the report include the iPhone 8 will have a longer than usual power button, it will house 6 rows of icons on a single homescreen page making the total number of icons per page 24, excluding the dock. To house the antennas the device will have a stainless steel bands around the edges.

iPhone 8 sure looks like an exciting device and we can’t wait to get our hands on it. Read our full iPhone 8 coverage here.