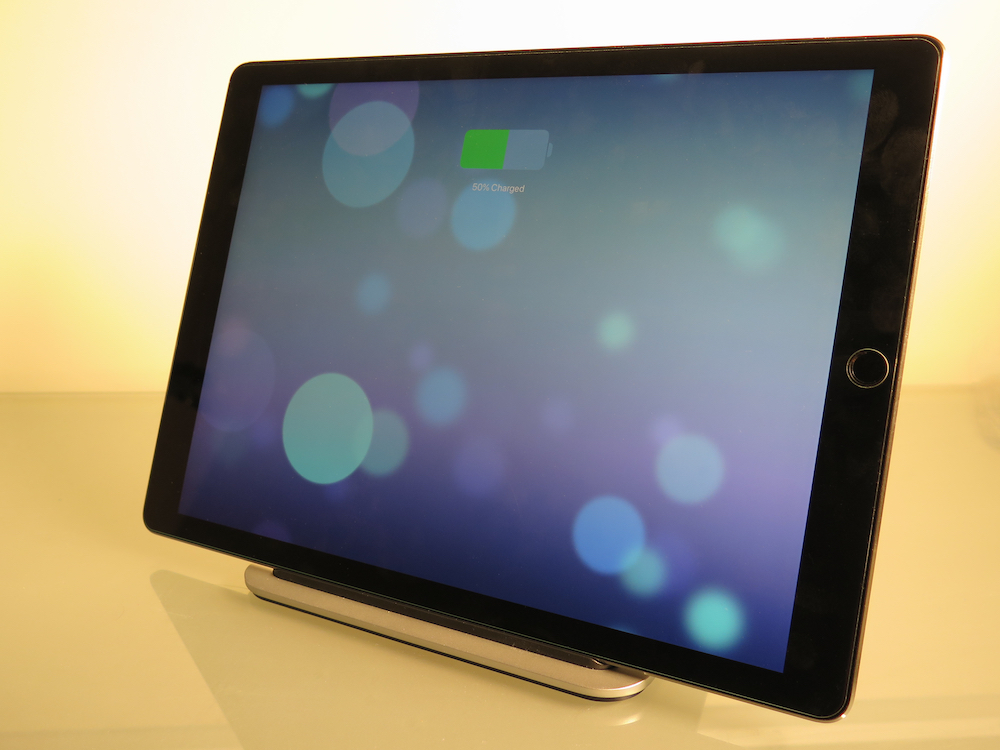 Rather than having to charge the keyboard separately like many Bluetooth keyboards, the Smart Keyboard drew all the power it needed simply from the iPad Pro itself via the Smart Connector. Sadly, Apple has never released any other accessories yet that take advantage of this Smart Connector. 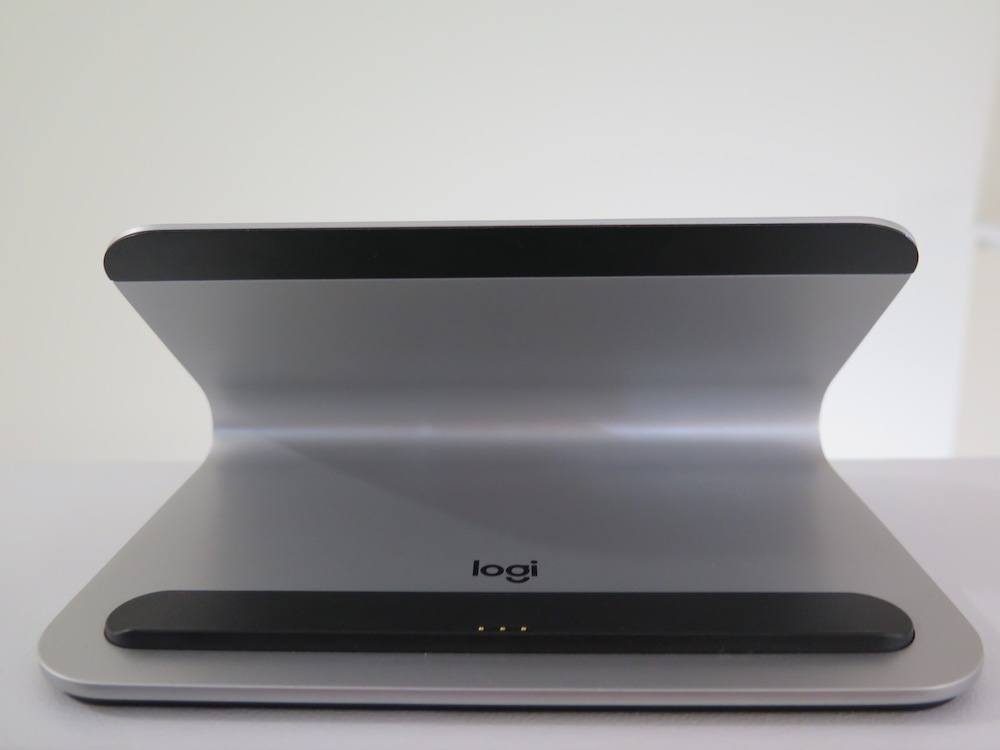 The packaging is quite simple. All that’s included is the BASE itself and some regulatory papers. No Lightning cord is included, so you’ll have to provide your own. At the back of the BASE is a Lightning port, where you can plug it in.

Once it’s plugged in, you can simply place your iPad Pro on its side to match the Smart Connector, and it’ll start charging. 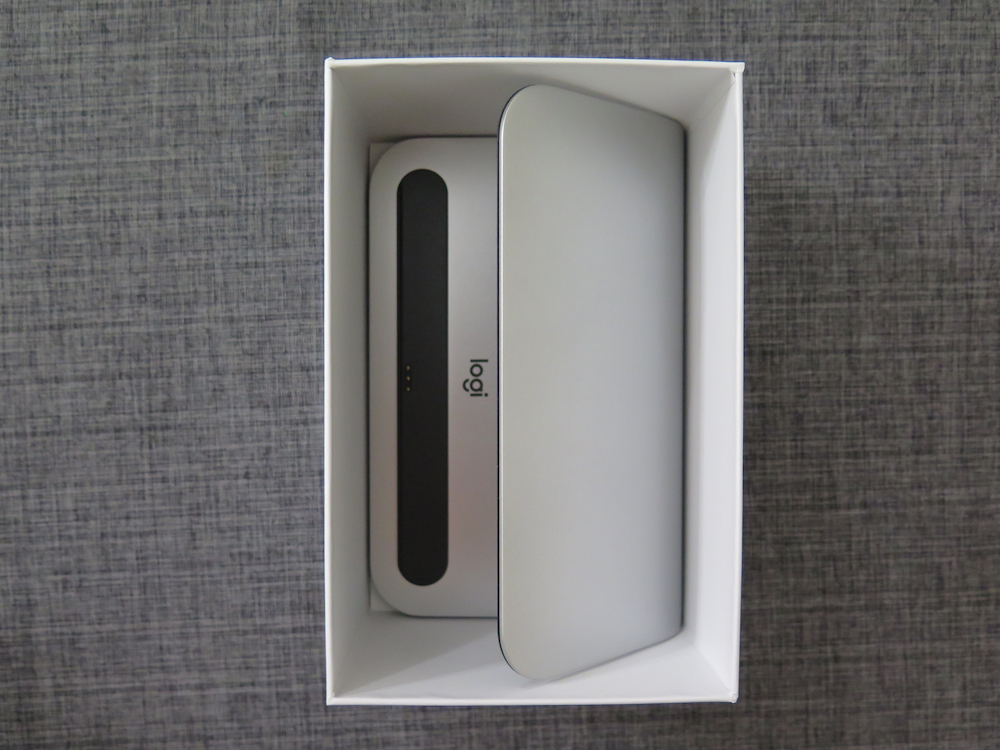 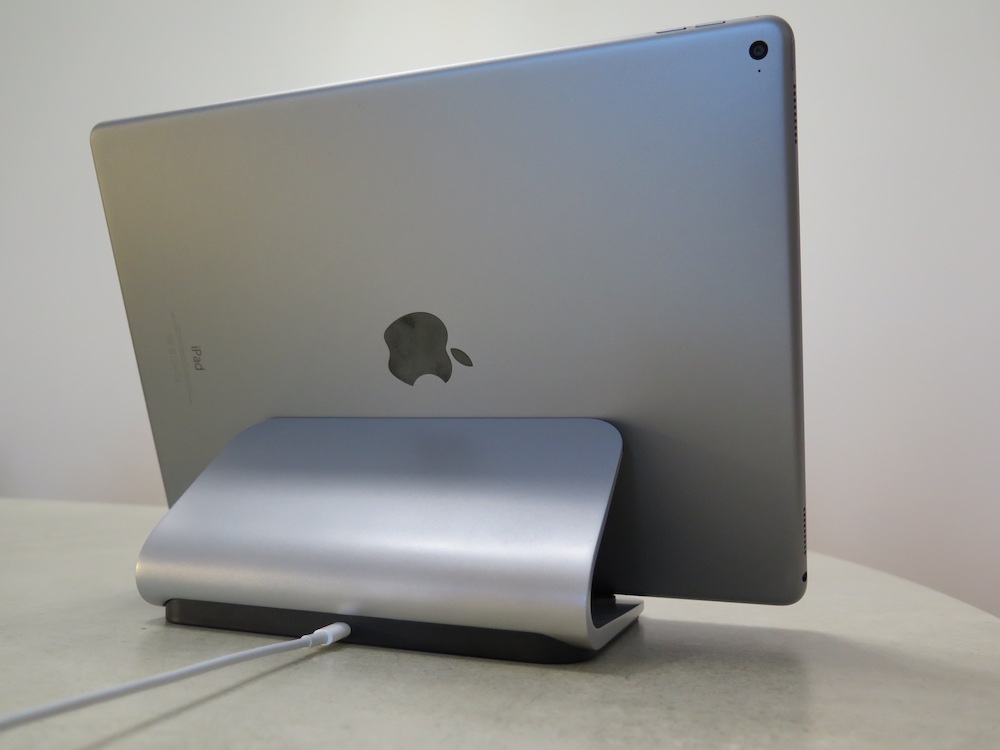 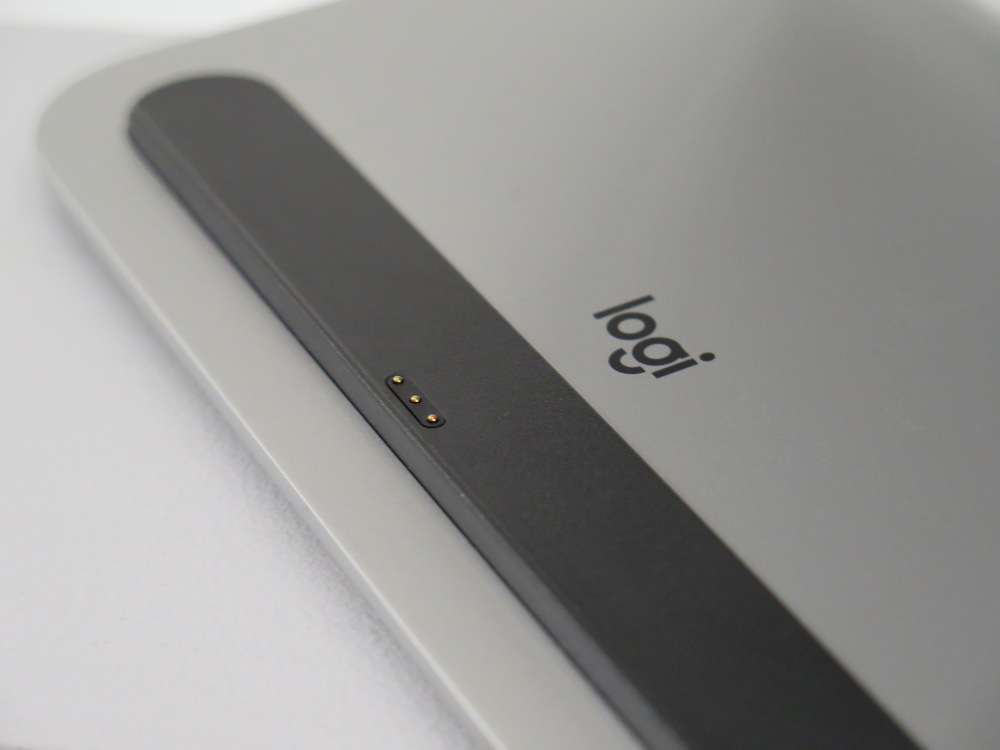 The bulk of the BASE is crafted out of aluminum, complimenting the design of the iPad Pro. The points where the iPad Pro makes contact with the BASE, the side and back, have a thin polycarbonate layer present, preventing scratches.

The bottom piece also has a lip and a magnet, so the iPad Pro easily snaps into place and stays put. It also has a rubber bottom which makes the BASE stay in place even if it’s bumped and when removing the iPad Pro. Overall, the BASE is really well designed. It reminds me of the base of an iMac. If the BASE didn’t have the Logi logo, it could certainly pass as an Apple product. 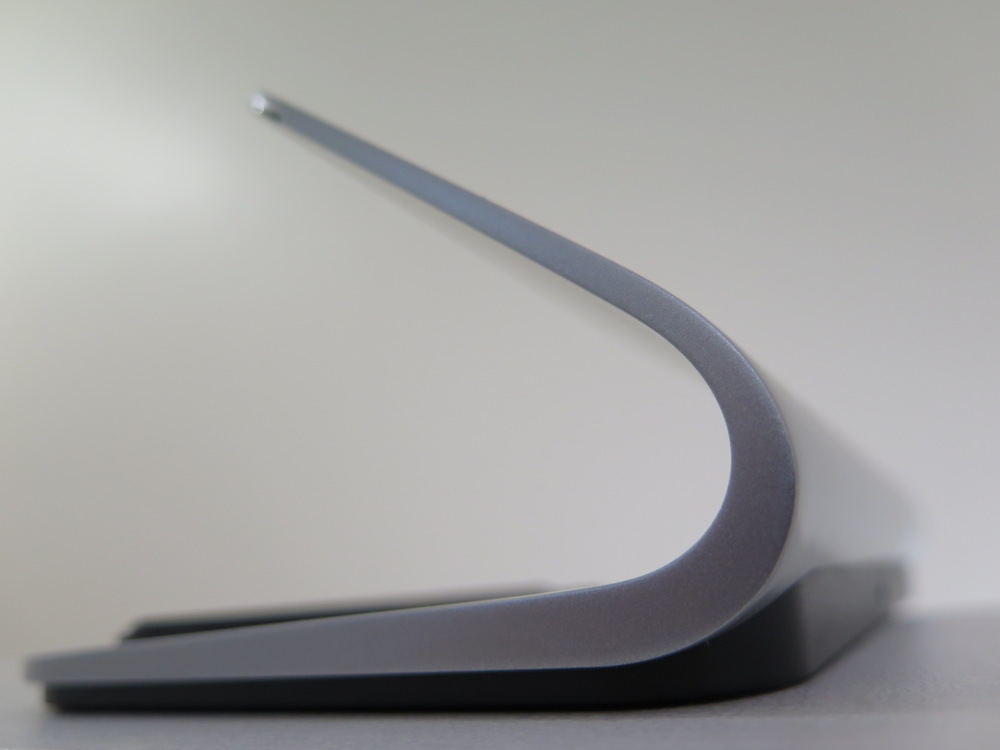 So, what can you do with the Logitech BASE? It’s a great way to interact with Siri, as you can use Siri hands-free when it’s charging, and you can hear Siri loud and clear with the iPad Pro’s four speakers. It can be a great help in the kitchen, with Siri providing help for converting measurements and the BASE at an ideal viewing angle for a digital cookbook. It can also make a good bedside companion, making a good alarm clock as well as having Siri interact with your smart home devices.

I decided to put the BASE on my desk. It’s a great compliment to my MacBook Pro, which is essentially the same size. With Continuity, it makes it easy to carry on with something that I was doing on my Mac to my iPad, which is always fully charged since it stays on the BASE. It also is a great viewing angle for when I want to use my iPad as a secondary display to my MacBook Pro. 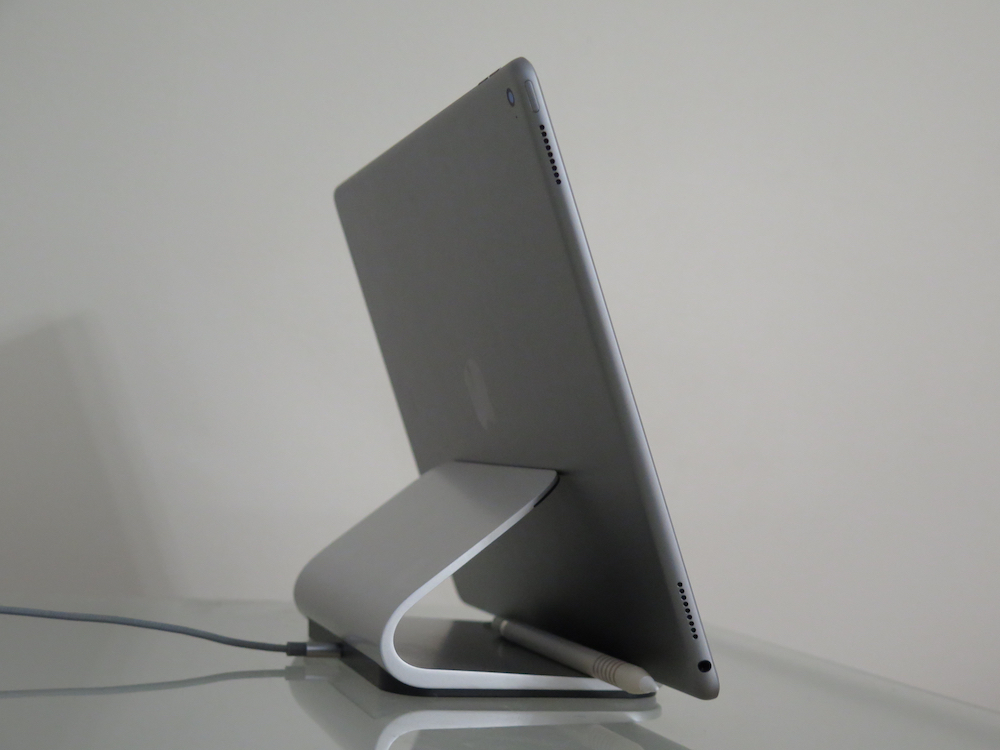 So, should you buy the Logitech BASE? Well before you go ahead and purchase it, there are a few things you should be aware of. First off is the price. The Logitech BASE retails for $99. That’s pretty expensive for a dock, especially considering the fact that it doesn’t include a Lightning cord or wall adapter. Charging through the Smart Connector is also slower than charging through the standard Lightning port.

Logitech says that it takes around 7 hours to fully charge an iPad Pro through the BASE. It takes about 4 and a half hours to fully charge an iPad Pro through a Lightning cord. Personally, this isn’t a big deal for me, as I just always have my iPad Pro on the BASE, so it’s always fully charged, but it might be a deal breaker for some. Since it’s made out of a single piece of aluminum, the BASE does not have an adjustable viewing angle.

Two other things to be aware of is that the Smart Connector doesn’t transfer data that the Lighting cord does, so that means that you can’t use this to connect your iPad Pro to iTunes or use it as an external display without plugging in an additional Lightning cord into your computer, which kinda defeats the point. Also, some iPad Pro cases might not leave the Smart Connector exposed, so you’ll need to remove the case before you can charge your iPad Pro via the BASE. 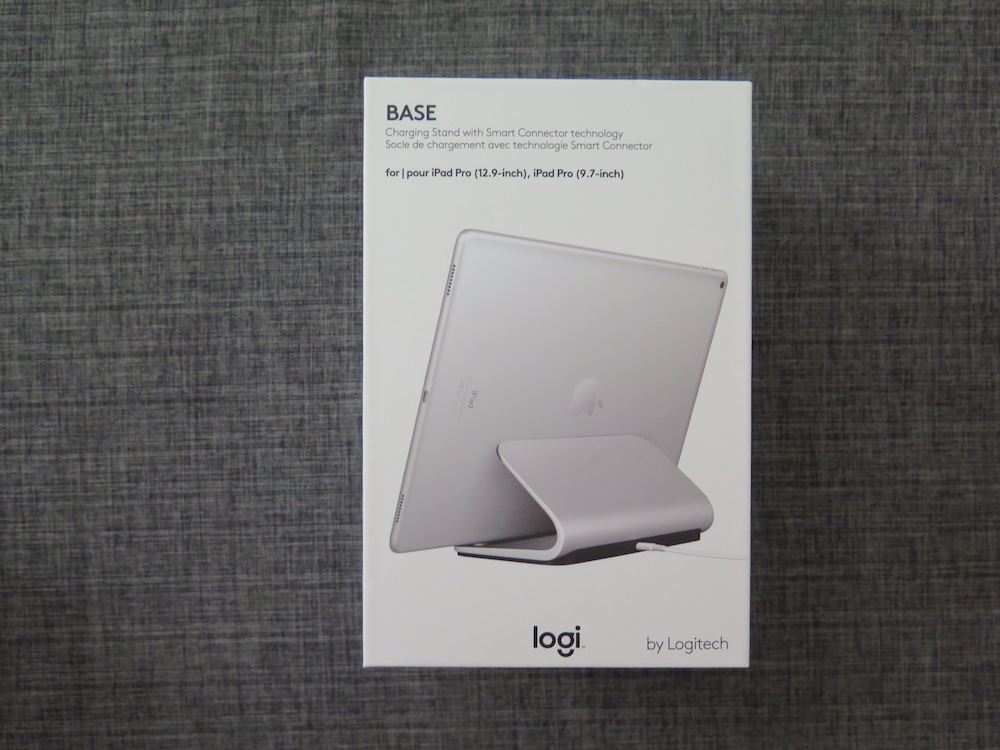 If you don’t mind the previously mentioned limitations, then you’ll love the Logitech BASE. With its innovative charging method and beautifully crafted design, the Logitech BASE is one of the best docks you can buy for the iPad Pro. If you’d like to pick on up yourself, you can purchase it for $99.

What do you think of the Logitech BASE? Do you wish that more manufacturers took advantage of the Smart Connector? Let us know in the comments section down below!

How To Stop iPhone Calls From Ringing On iPad And Mac
iOS 11.2.2 Software Update Released With Mitigations For Spectre Bug