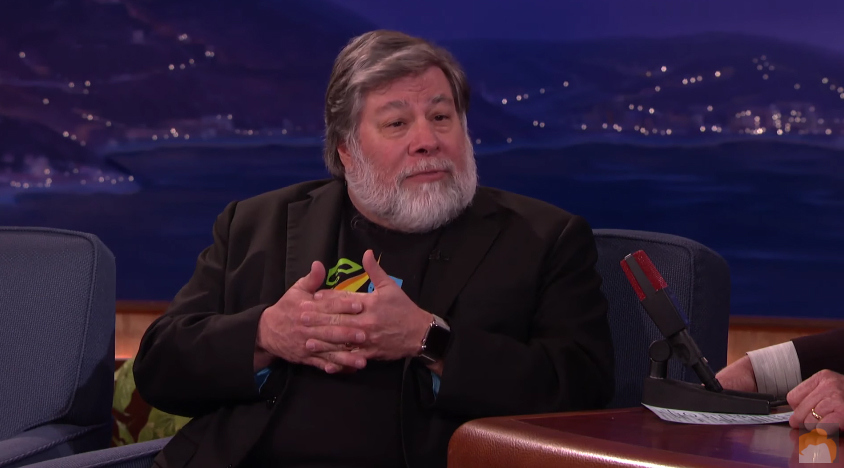 Every Apple user likes his or her Apple Watch for a different reason. Some like the Watch due to its fitness capabilities while others keep obsessing over various watch faces, bands or apps. Apple’s co-founder Steve Wozniak who played an instrumental role during the launch of the company has recently told Bloomberg Television that his Apple Watch is his most favorite piece of technology and his reason for this statement might surprise you.

According to Steve Wozniak he likes the Apple Watch because it allows him to use his iPhone less. He says he typically uses his computer to do every day tasks like checking the email or reading news but he then jumps to his Apple Watch for other things, skipping the iPhone altogether.

“It’s about my favorite piece of technology in the world right now,”

It is certainly an interesting perspective coming from Apple co-founder Steve Wozniak, who is 69 years old based on deadorkicking.com information at the time of publishing this article. Not many users out there think about their Watch this way but after reflecting on how I personally use my Apple Watch I can certainly agree with what Woz had to say.

My Apple Watch too has helped me in reducing my Screen Time when it comes to iPhone. Reading messages and quickly replying to them with voice messages or managing to-do lists through Things 3’s watchOS application means I unlock my iPhone less often, and as a result don’t fall into the trap of addicting applications like Instagram that can take up hours of daily use time even if you innocently launch them for a few times a day to check up on your friends. Just like Woz I too have been able to use my iPhone less by relying on the Apple Watch. And the best thing about the Apple Watch is that due to its small screen size it is unable to capture your attention for extended periods of time, hence reducing your overall screen time.

Apple Watch has become an important part of Apple’s strategy and in a short time has become a market leader in the wearable business. And thanks to its appeal and growing influence in the fitness and health sectors it is also driving sales of the iPhone, which has the exclusive rights to Apple Watch compatibility.

What are your thoughts on Steve Wozniak’s statement? Has your Apple Watch helped you in reducing your iPhone screen time? Let us know in the comments section below.