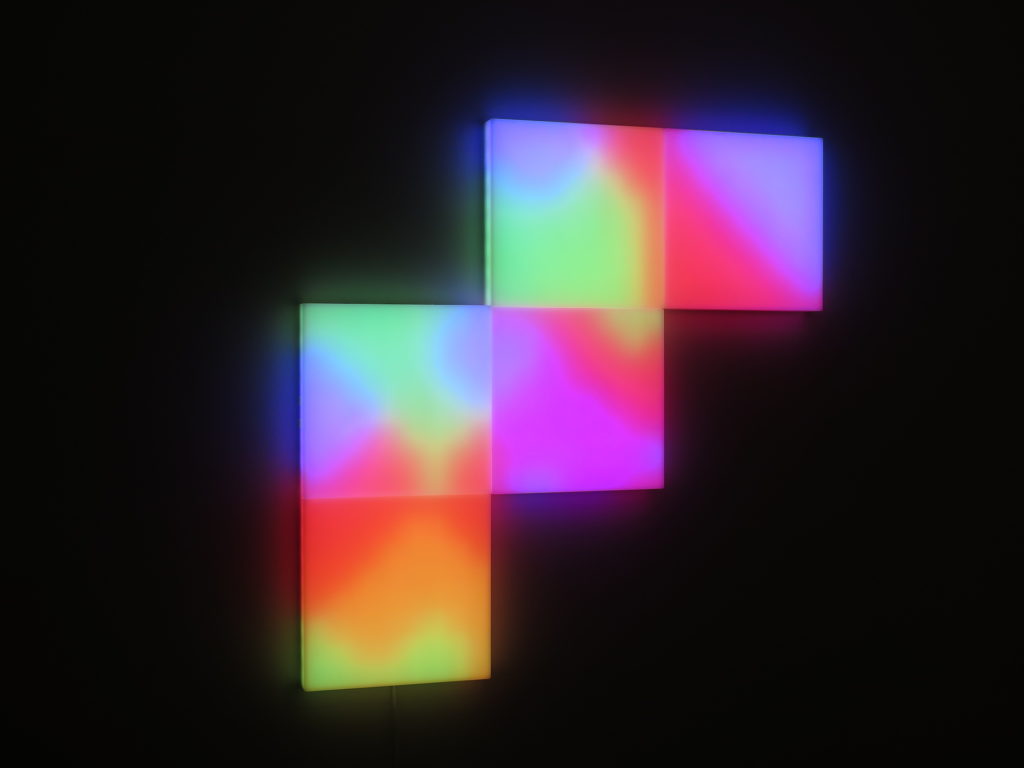 The Nanoleaf Light Panels were unlike any smart lighting product that I had seen before. Their triangular, modular design can give any wall a futuristic look, and there are literally millions of different customization options, from the design you arrange the panels in down to the colors you can select for each panel. I absolutely love them, and for a while, there was nothing else like it. But around the same time that LIFX introduced the LIFX Mini bulbs, LIFX Beam, and HomeKit compatibility, the LIFX Tile was introduced. At a glance, it might just look like the Nanoleaf Light Panels except squares instead of triangles, but there’s actually a large number of differences between the two devices. 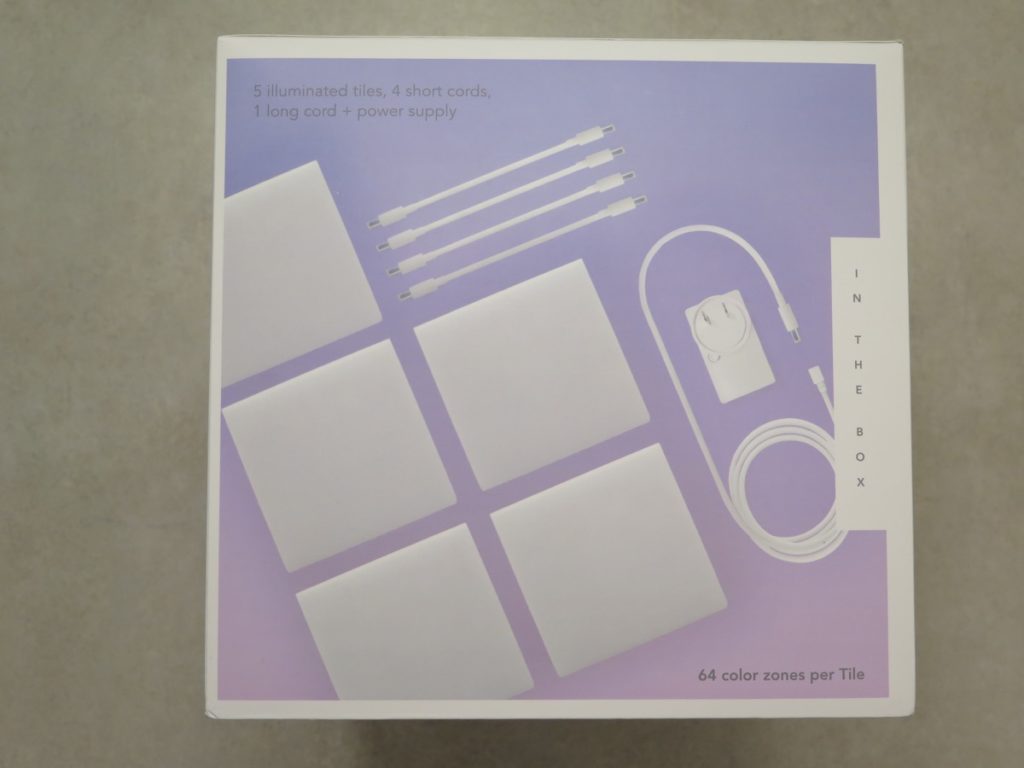 Let’s start by taking a look of what’s inside the box. Included are 5 light Tiles, 4 short cords which lets the Tiles connect to each other, and one long cord which lets it connect to the power supply. To set up the Tiles, you first apply some Velcro tabs to both the wall and Tiles. I thought this was very clever and that it would make it fairly easy to take down if you wanted to move it in the future. Sadly, that’s the only easy part of the installation, at least compared to the Nanoleaf Light Panels. With the Light Panels, you are given little connectors that let you snap two panels together. The LIFX Tiles use cords and ports to connect to each other. The cool advantage about using this method is that the Tiles doesn’t need to be touching each other, which opens up some pretty neat design possibilities. I decided not to do that and instead have all of the Tiles touching each other, but it immediately became apparent that the install would take a while. 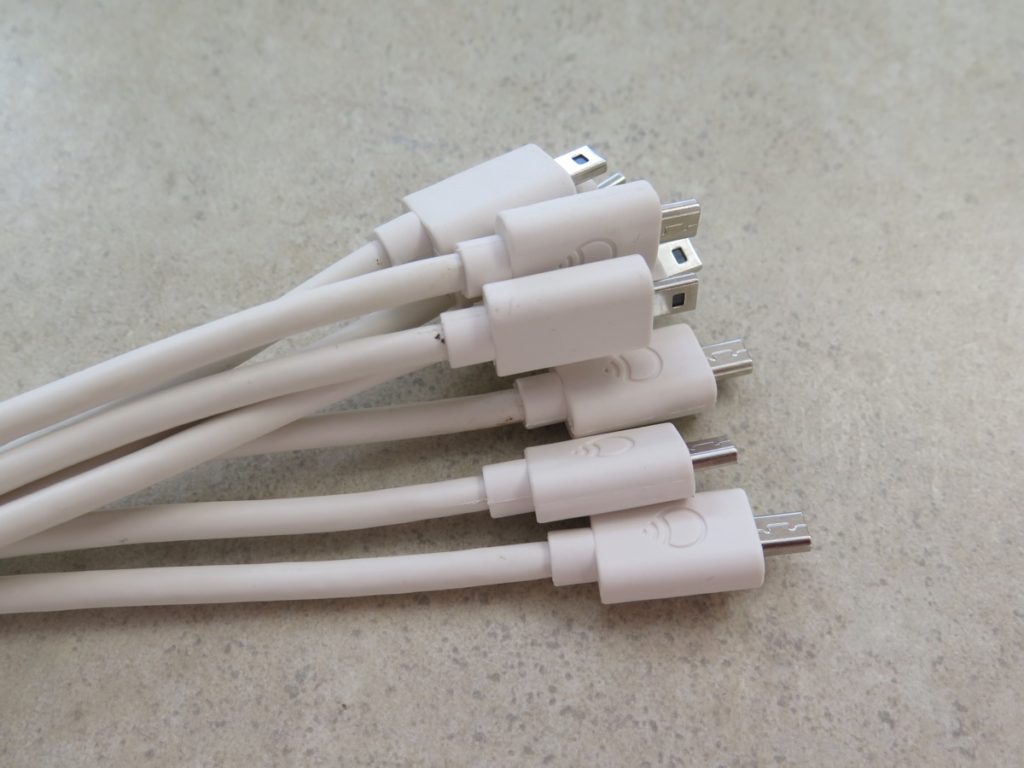 The cords need to be routed perfectly so they fit snug and so there’s no extra wire available by the time it gets connected to the next Tile. This is quite time consuming, especially while your mounting it to the wall at the same time. While I like having the option to use cords for creating unique designs, I would have liked to have connectors like that of the Nanoleaf Light Panels to speed up the installation. I needed a second pair of hands and over 2 hours to get it installed. Once it’s installed, it’s time to pair it with the app. The pairing process is pretty straightforward, both with the LIFX app and the Apple Home app. 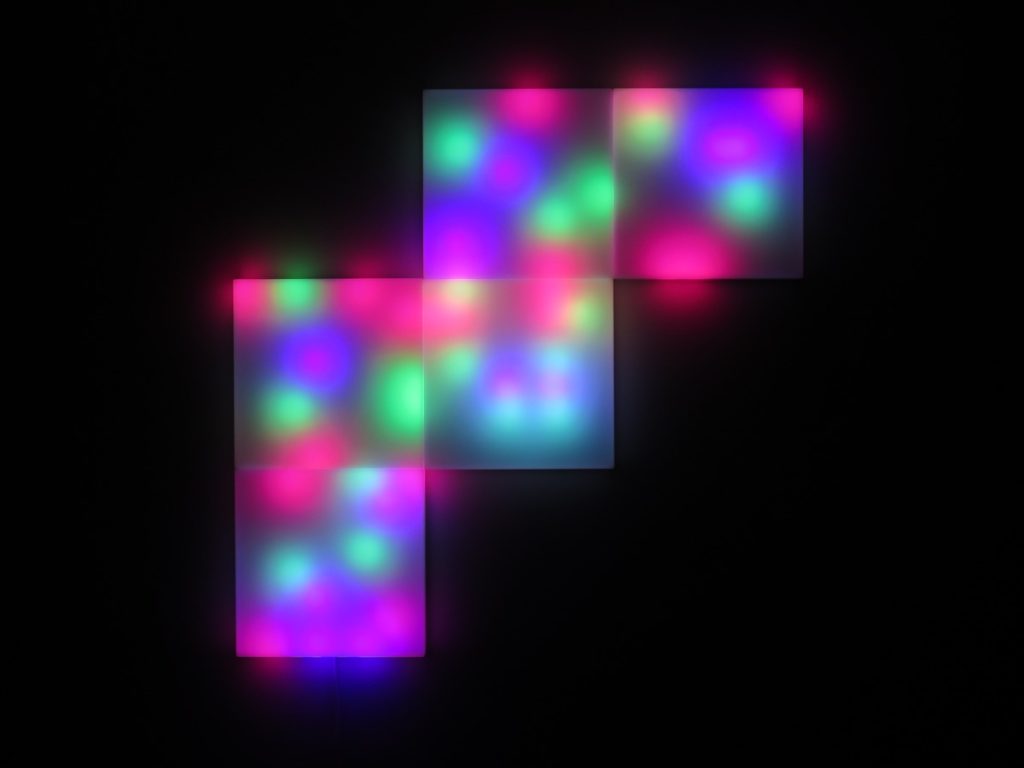 Each Tile has a total of 64 LEDs and a lumen output of 420. What makes the LIFX Tile special though is that each LED can be a different color on a single Tile, meaning you could have 64 different colors on one Tile, or 320 unique colors across 5 Tiles. This results with the ability to have some very beautiful colors, unlike any other product on the market. I love how the colors bleed through the sides, painting the wall. 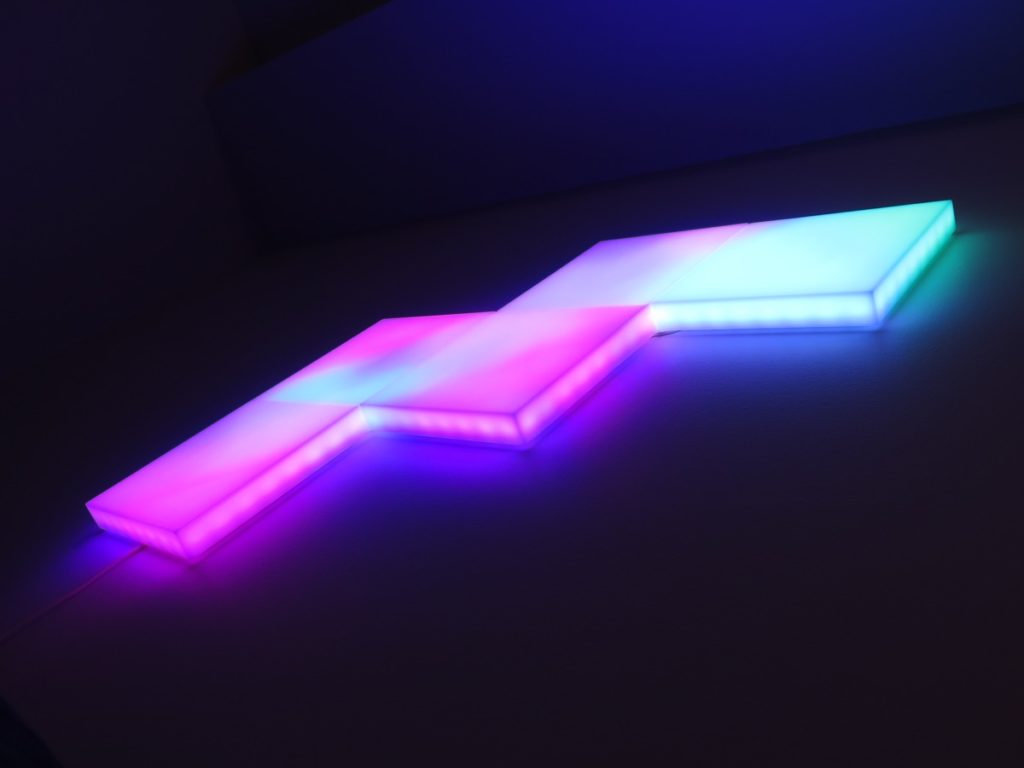 You can control the colors using the LIFX app. You can have all the Tiles a solid color, each tile a different color, or you can paint the LEDs different colors on each Tile. While the Tiles look beautiful displaying multiple colors, I also found myself enjoying them while displaying a solid color. A variety of color themes are also included that you can select from, some being entitled Peaceful, Intense, Mellow, and Blissful. You can create your own too, but sadly you can’t share your themes or create your own animations. 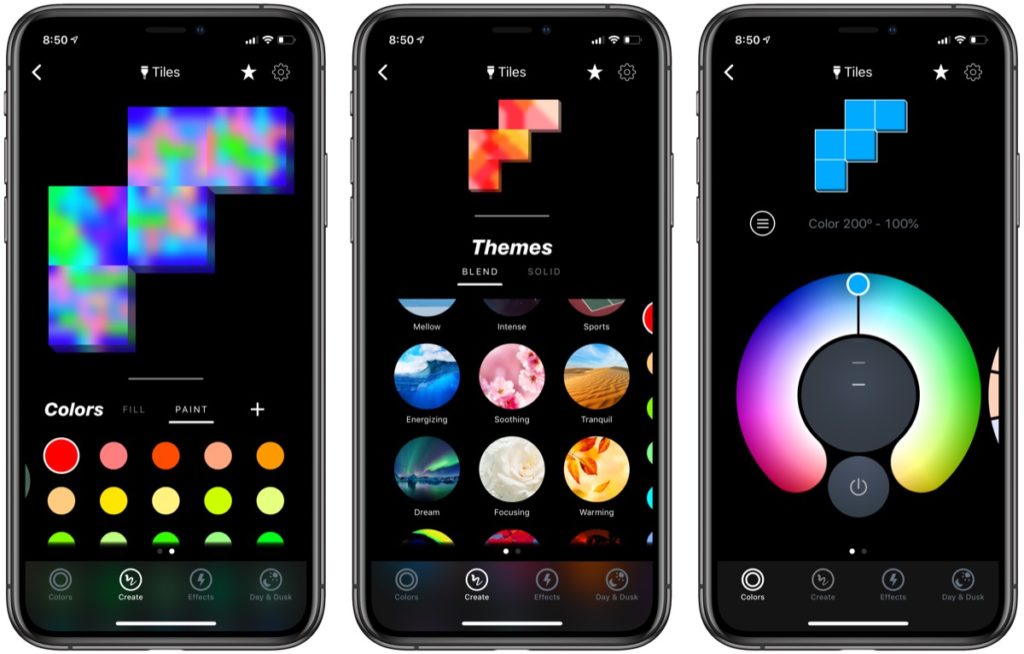 Just like with the LIFX color bulbs, there is an effects tab, which let you do some pretty cool things with your lights. You have the usual, such as cycling through colors, the seizure-inducing strobe effect, a candle flicker, and a music visualizer, as well as the animate theme. It will move the colors from a theme that you have selected in the create tab, although sadly it only works with ones that are included with the app, not ones you create. My favorite effect though, which is exclusive for the Tiles, is the morph effect. It morphs through colors across the Tiles, and it lets you adjust the speed. It really highlights how awesome the LIFX Tile hardware is.

Of course, you aren’t limited to just using the LIFX app to control the Tiles. The Tiles work with Apple HomeKit, Amazon Alexa, Google Assistant, Microsoft Cortana, and Nest. This means you can control the Tiles with your voice and create automations. I tested it with both Siri and Alexa, and I was able to turn the Tiles on and off, change the color, and adjust the brightness. Since LIFX also works with Logitech Harmony, I am able to turn the Tiles off from my Harmony Elite remote, something I am unable to do with the Nanoleaf Light Panels, as well as the Logi POP buttons.

Now when I first received the Tiles, I was irritated with some of the limitations. For example, while the Tiles could display multiple colors at once, you could only do this by enabling one the Themes. You couldn’t select multiple colors that you wanted to use inside a single square; you were stuck with what was provided with the Themes. Tile later released an update that allowed you to paint across the Tiles with a variety of colors. This was a major update, but sadly there was no native way to save your creations. More recently, Tile pushed another update that let you save your creations as scenes. So Tile has been very good at releasing updates for the device and making it better. I only have two minor complaints with the Tiles that could be fixed in the future via a software update. The first is that every once in a while the one Tile that is connected to the power adapter would turn on randomly. Sometimes during the middle of the day, sometimes in the middle of the night. There was no pattern to when it turned on, and while it still does it once in a blue moon, it has gotten a lot better, most likely due to updates. The second is related to themes. I’ve noticed that when Tiles are connected together horizontally, the colors blend together seamlessly. However, ones that are stacked vertically don’t blend well, causing the Tiles to be differentiated quite easily. Again, an update to address this would be most welcome. 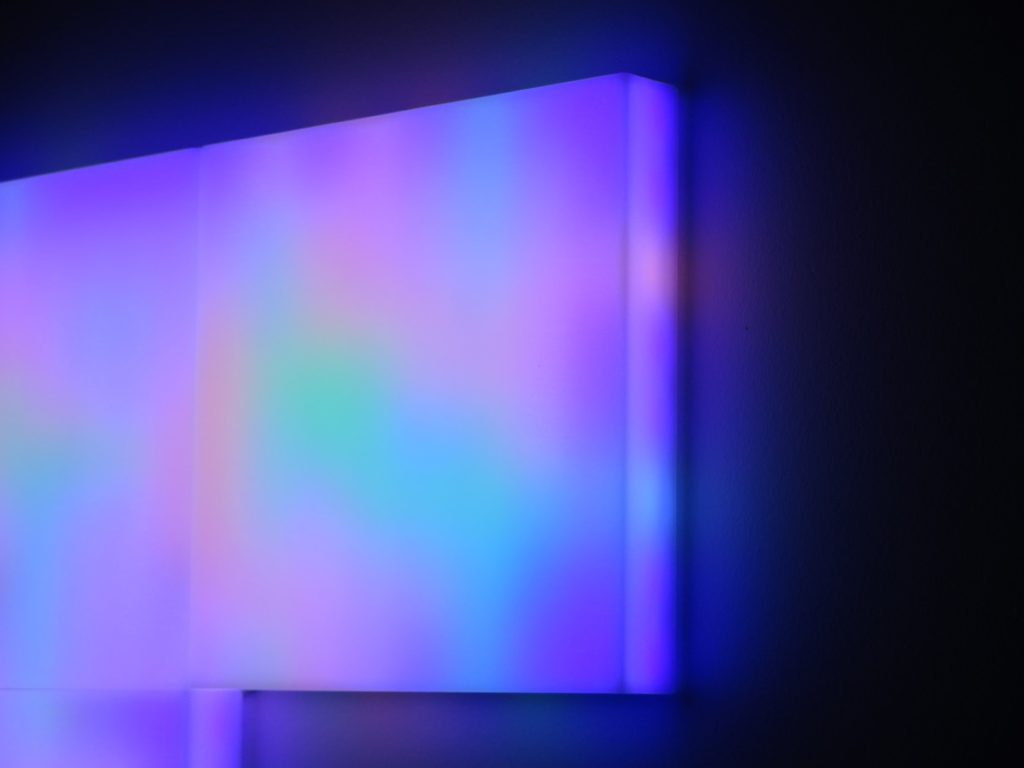 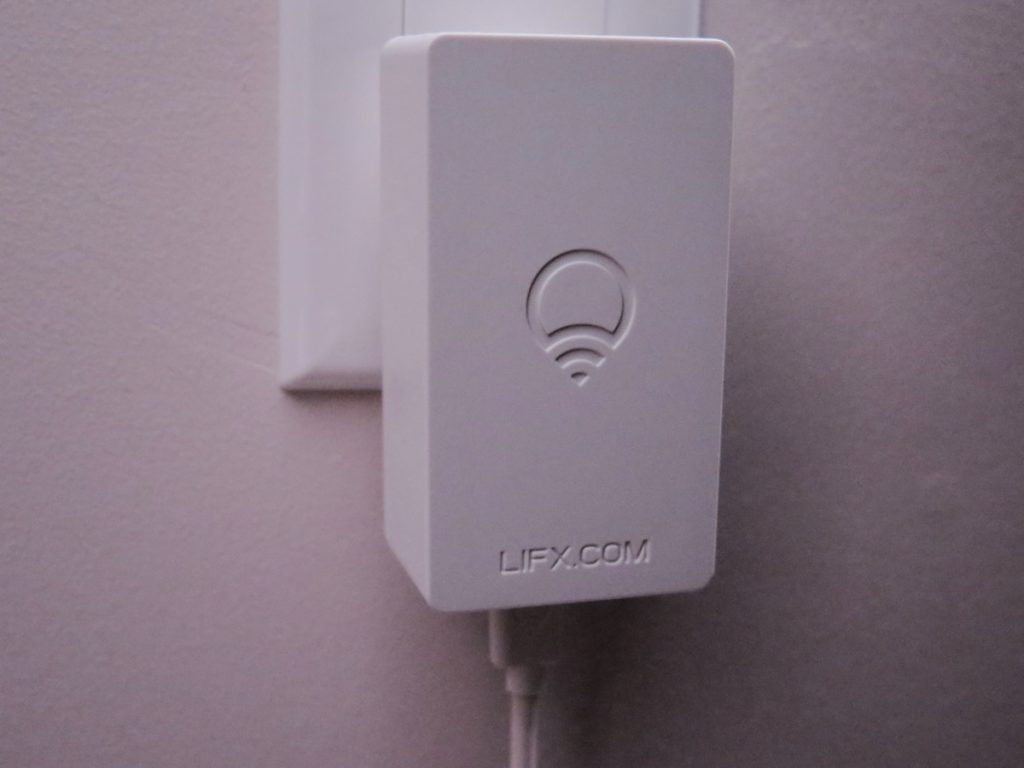 So the software is pretty solid, and is bound to get better. Hardware is a bit more tricky though, and can’t always be fixed with software. There aren’t many issues with the hardware, but they are worth noting, and they both have to do with the power supply. The first is that there are no buttons on the device, unlike the Nanoleaf Light Panels, which means that if you don’t have your phone or voice assistant nearby, the only way to turn off the Tiles is to unplug them. The second issue is the maximum amount of Tiles that you can connect to the power supply. You can only connect up to 5 Tiles to a single power supply. Now, Nanoleaf actually did increase the number of Light Panels that you can connect, up to as much as your wallet can afford, so it might be possible to increase the number with a software update, but if it’s a hardware issue, you’ll need to buy a new power supply if you wanted to add more Tiles in the future. 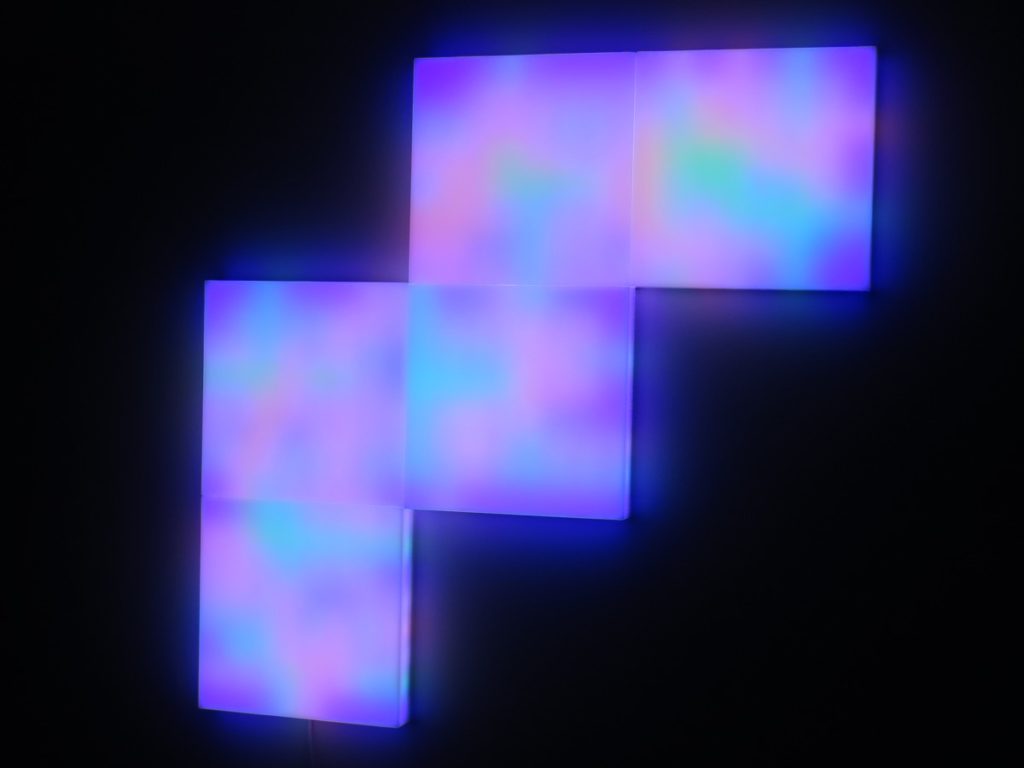 That being said, I love the LIFX Tiles. The colors are bright and vibrant, you can create truly amazing and beautiful creations with it, and it’s only bound to get better with software updates. If you’re looking for a truly unique smart light, this is it, and you’ll love the LIFX Tiles. Nanoleaf, watch your back. 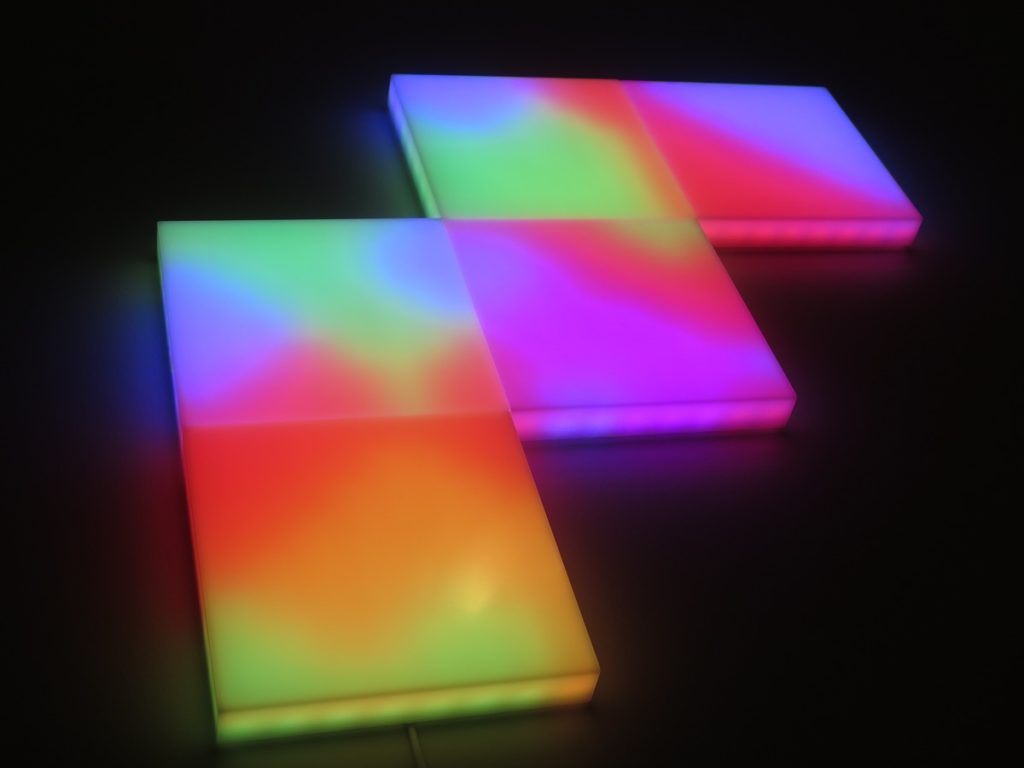 You can buy the LIFX Tiles for $250 from LIFX’s official website. What do you think of the LIFX Tiles? Do you prefer the look over the Nanoleaf Light Panels? What’s your favorite HomeKit smart light? Let us know in the comments down below!